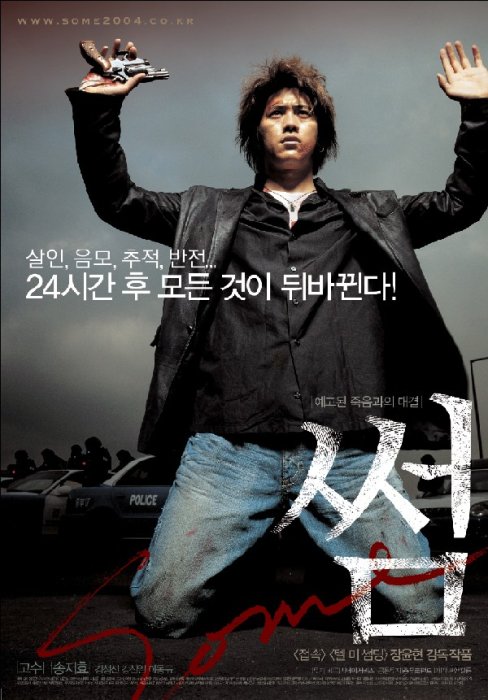 Close to $10 million of illegal drugs, intended to be presented as evidence in court, is stolen from the police as they are transporting it to the station. The police name as a suspect the man in charge of transporting the evidence, Section Chief Oh (Kang Shin-Il) of the violent crimes division, and an investigation begins. However, a younger colleague Kang Sung-Joo (Ko Soo) who believes that Section Chief Oh is innocent pursues another suspect in hopes of finding the criminal. In a car chase with the suspect, who is driving under the influence of drugs, there is a car crash and the suspect is killed. By tracing phone numbers on the dead man's mobile phone, Sung-joo continues to pursue the investigation, however the next suspect he follows is also killed, and the incident becomes shrouded in mystery.

At the same time, while investigating Sung-Joo gets to know a friend of one of the suspects, traffic reporter Seo Yu-Jin (Song Ji-Hyo).Although they are meeting for the first time, both of them get the odd sense that the other person is not unfamiliar, that they have seen each other before. What's more, Yu-Jin in a flash of deja-vu sees Sung-Joo get killed.

A city in which black rain falls from a blue sky. Some... 24 hours in which this man and woman, who have given each other the keys to their lives, rush towards a predestined death.

At this moment, this is the extent of what we can reveal about the story.

daebak Jun 09 2015 5:44 pm I really enjoyed this. Had me wondering what the hell would happen in the end. I really appreciated the use of the visions and how it tied the characters together though I wished it could have been explained but....I'm guessing since Seoul was experiencing abnormal weather that day, it was left to the viewer to determine if this odd weather occurrence had something to do with the flashes from the future Yu-Jin was getting. It's not heavy on romance but the plot kept your attention and from the interactions between the leads there was a subtle hint that more could happen (which I'm guessing from the ending, did??). All in all a very satisfying movie.