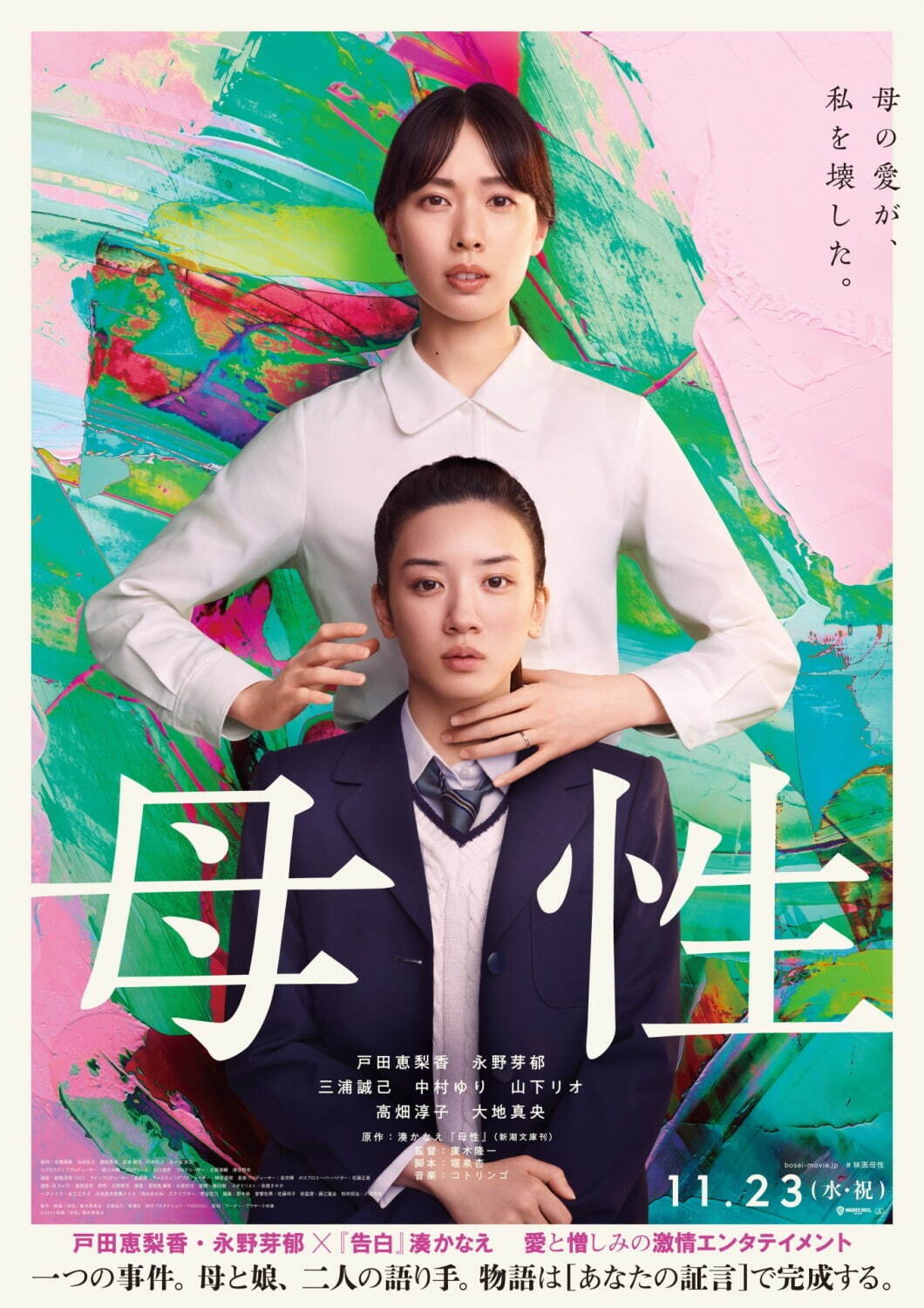 A female high school student named Sayaka (Mei Nagano) kills herself, but the reason why she killed herself is unknown. Sayaka appeared to have a normal life with her family, including her mother Rumiko (Erika Toda). Rumiko seemed to raise Sayaka with love and care. In reality, Rumiko is a mother who is unable to give love to her daughter and Sayaka is a daughter who wants to receive love from her mother.

When mother Rumiko and daughter Sayaka think of the same incidents that took place in the past, they tell different stories.

Miyumi Jul 10 2022 11:55 pm After a watch the Police in a Pod live action as kohei and senpai on work become mother and daughter on this. I try to watch if available online.