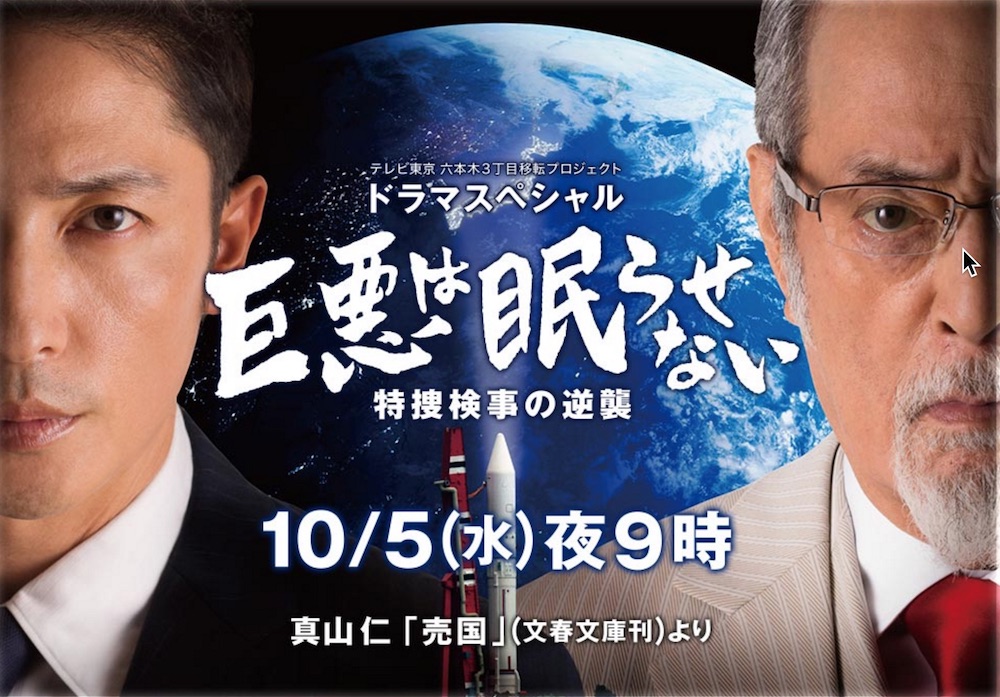 Shinichi Tominaga (Hiroshi Tamaki) is a prosecutor, newly appointed to the special investigation division for the Tokyo district prosecutors' office. He is currently busy with a case involving suspicious donations to powerful politician Yohei Tachibana. Shinichi then receives a mysterious message from his friend Samon Kondo. His friend is in charge of space development at The The Ministry of Education, Culture, Sports, Science and Technology. The message talks about a scandal related to space development. Samon soon goes missing after sending the message. Shinichi begins to see a connection between the two cases.