Difference between revisions of "Hellbound (Netflix)" 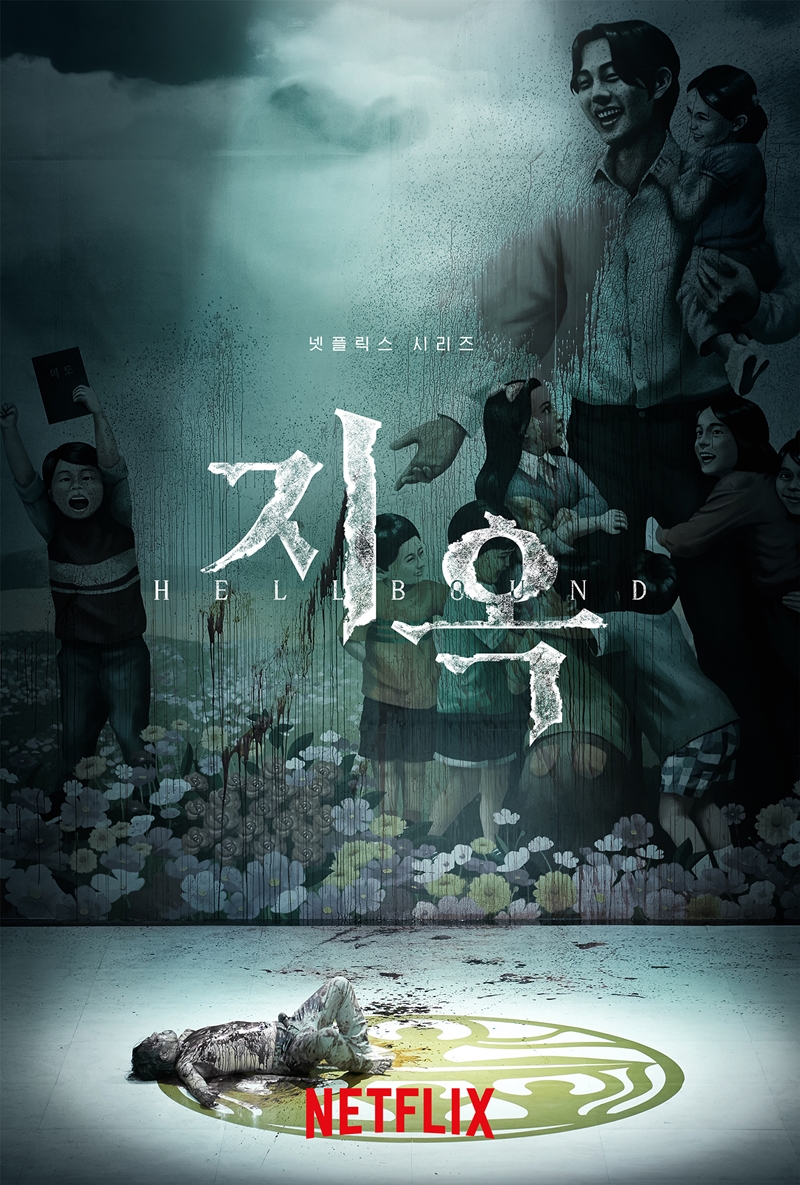 People hear predictions on when they will die. When that time comes, a death angel appears in front of them and kills them.

Jung Jin-Soo (Yoo Ah-In) is the head of new religion Saejinrihwe. He speaks about the phenomenon when death angels from Hell come and states it's a revelation from God. Jung Jin-Soo has intense charisma and a mysterious aspect.

Bae Young-Jae (Park Jung-Min) is a PD for a broadcasting station. He tries to dig out the truth about religious group Saejinrihwe.

Min Hey-Jin (Kim Hyun-Joo) is a lawyer. She stands up against the group “Hwasalchok” (‘Arrowhead’), which consists of people who blindly follow Saejinrihwe.

Song So-Hyun (Won Jin-A) is Bae Young-Jae’s wife. She collapses in emotional pain, which she can not deal with.

Jin Kyung-Hoon (Yang Ik-June) is a detective and investigates cases involving the appearance of angels of deaths.

Tina Oct 05 2021 11:30 pm @ID with people calling Squid Game a copycat of some JP dramas (even if the plots are totally different), I'm sure this will be heavily compared with DN. Though I think the focus of Hellbound is on the social issue (similar with SG).

Cln 20 Sep 28 2021 1:43 pm Please... Help Me i Can’t Wait Again! Team production can Y’all Just Post Forward Of This Drama! I can’t wait seeing my favs actor (candidate chungmuro)park jungmin became dad! With actress that i know too! Won jinah and another candidate chungmuro actor yoo ah in!! Also another sunbae actor! Plus this drama has been promote to tiff ! Biff ! And BFI !! Also got director star Bong joon ho appreciate !

midnight sunshine Jun 27 2021 2:59 am Can't wait to see kim hyun joo, she always doing great in every project. I heard that director yeon sang ho cast her in new movie after work with her in this drama. The movie called "Jung yi" Fighting kim hyun joo!!!

Anne Jan 23 2021 7:04 am The talent is too much, how can they put Yoo Ah In and Park Jung Min in one show. This will be amazing, I'm sure they'd deliver everything in an amazing way

Ruby Nov 26 2020 11:53 pm I'm so excited for this drama. Any drama or movie with Yoo Ah In in it will surely be very entertaining and satisfying to watch.

green beans Nov 25 2020 9:30 am new drama with hong sik oppa, holy crap couldn’t be more excited:))) i’m so ready for this! hoping for many episodes, so i could enjoy hong sik’s acting to the fullest?

Gruvee Oct 14 2020 7:45 am Istg, the cast will be paramount if that girl from life series switch to veronica park aka Kim Jae Kyung, I'm A sucker for Yoo Ah In and Park Jung Min. Best boys of 80's, if there's a remake of talented Mr.Ripley them boys defi nailed it

Waw Sep 05 2020 10:33 pm Am I seeing things? Is this really an upcoming Drama (not a movie) with Yoo Ah In on it? OMG I can’t breathe... oppaaaaaaaaa I can’t wait and the Cast is actually daebak. This is amazing

Anticipating this so much. To top it off it has Yoo Ah In and the delightful Won Jin Ah.