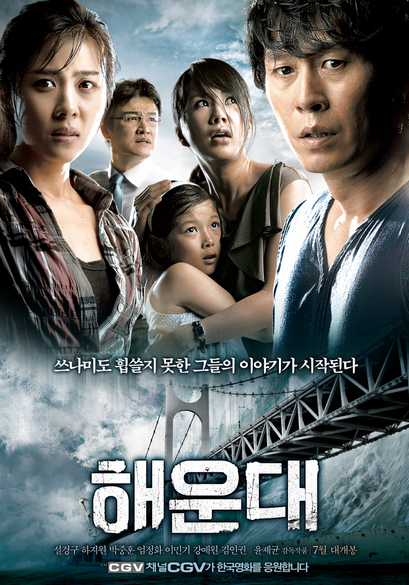 Located on the Southeast of the Korean peninsula is the international city of Busan. A popular vacation spot on the East Sea coast, Haeundae draws one milion visitors to its beaches every year. Man-sik, a native of Haeundae, went deep-sea fishing four years before and lost a co-workier in a tsunami; he has never returned. He now leads a simple life running a small sushi shop and is preparing to propose to his longtime girlfriend, Yeon-hee. While these seemingly banal domestic affairs unfold, geologist, an expert on tsunami research, discovers the East Sea is showing signs of activity similar to the Indian Ocean at the time of the 2004 tsunami. Despite his warnings, the Disaster Prevention Agency affirms that Korea is in no harm of being hit. When he discovers a super tsunami starting in Tsushima, Japan is headed stratight for the Korean peninsula, he quickly heads down to Haeundae. Eventually, Kim gets a call about a deadly oncoming wave, with only ten minutes to spare. While the vacationers and citizens of Busan are enjoying a peaceful, hot summer day, a super-tsunami is headed straight for Haeundae. 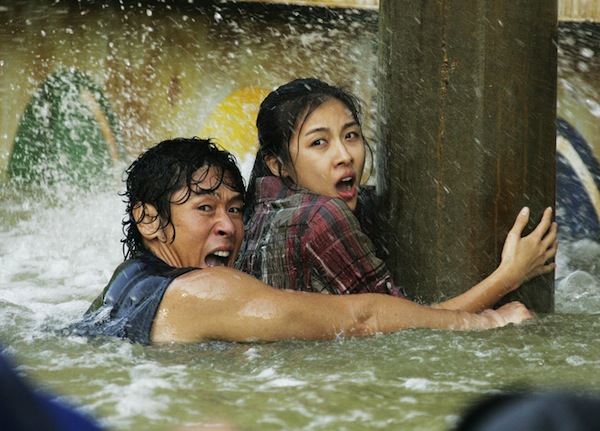 harley Aug 28 2020 4:00 am just watch this movie after 11 years of it's release, it's a great movie, i love how it plays with my emotion, make me laughed, touched, nervous, cried a river and smiled too. i like how this movie show how a disaster can bring people closer and bring out the best in people, how people will sacrifice for each other either for someone they know or for strangers too

Norman Paulo Apr 10 2017 3:09 pm One day... (After my Scarlet Macaw, Ruby got stuck in a sharp pine tree!) There was a BIG... Earthquake for 2 Minutes! Me and 2 Best Macaw Buddies (Friday the Hyacinth Macaw and Kona the Blue & Gold Macaw) watched this movie on Starz!

(I love when Man-sik was drunk in the baseball game!)

Gherkie Jun 06 2016 7:15 pm Why does Lee MinKi always get those kinds of characters?? God this made me cry so much. One of the best movies I've seen in a while. There was one point where I couldn't tell if it was comedy or horror-

And i loved it.

reyjohn Jun 28 2014 2:39 am this is really a great movie, all of the fourth year in our school hear in San Jose Pili high school,Philippines have cried a lot while watching it....i hope another movie like this will soon released and make me cried again....

Nicky Nov 14 2013 11:32 am I love this movie. I cried so much during the scene with the mother in the elevator and when her and her ex-husband fight through the crowd to save their daughter.

Hanee Nov 02 2013 6:46 am Me, My Mom and My Younger Sister watch this together and all of us cried espacially in the part were Kim Yoo Jung was separated from her parents... But one thing that i will always remember from this Movie...is because it was the first time that my younger sister cried by just watching this movie...

monica solomon Oct 26 2013 4:13 am a movie that moved my heart after a long time CJ Entertainments are giving amazing movies to the world thanks for that

micah ammogawen Nov 21 2011 11:05 pm this is our lesson in this third grading period in science..this movie have many good lessons and also have a drama.........in this movie my classmates cry..if you watch this you can realize this in real life... thank you.. I love this movie

I think it can beat The Host in box office record... and what a wonderful cast it had.... I just hope to see this in cinema on my country ^_^