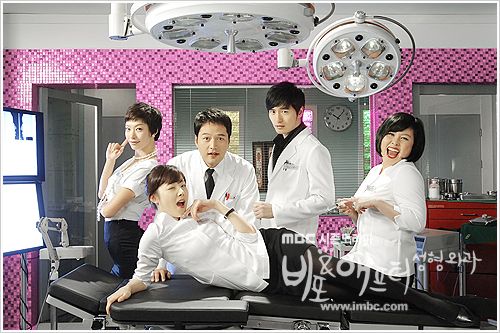 A medical drama centered around plastic surgery with a target viewer audience consisting of females in their twenties and thirties. Perhaps this drama can also be described as a social satire commenting on the current boom in plastic surgery in Korea.

What kind of stories do people who seek plastic surgery have to tell?

What kind of lives and personal relationships do doctors and nurses at a plastic surgery clinic have?

Although “Before & After” touches upon a popular Korean trend, plastic surgery has never been the main theme in a Korean TV drama before. Delivering comical and touching moments interspersed within stories of people seeking plastic surgery for a variety of reasons, the drama will bring laughter and tears to viewers as they reflect on the growing popularity of plastic surgery among Koreans.

The stories of people who seek a plastic surgery clinic and the kind of love and work that a medical staff faces in their lives are brought together in this situational drama.

ichaichaparadise Mar 08 2009 7:31 pm gosh.. i was just finishing this drama in the earlier morning.. and been searching for the list of cameos for each of its episodes, do you know where to find it? cause i'm restless and so curious .. thx