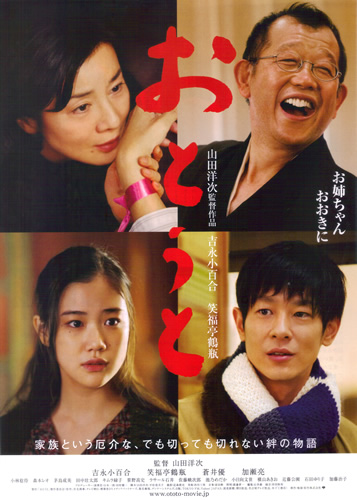 In Tokyo, on a corner exists Takano Pharmacy. The owner is widow Ginko Takano (Sayuri Yoshinaga) who lost her husband a long time ago. Ginko has one daughter named Koharu (Yu Aoi) who lives with her, and also living with them is Ginko's mother-in-law Kinuo (Haruko Kato). Ginko's daughter Koharu is engaged to an elite doctor. The day before the wedding, Ginko receives a wedding invitation that she mailed to her younger brother. The invitation was returned to sender. In Osaka, Ginko's younger brother Tetsuro (Tsurube Shofukutei) works as an actor and is an alcoholic. Tetsuro has been estranged from the family since he made a drunken scene at Ginko's husband's 13th death anniversary.

On the day of the wedding the mother-in-law is thankful that Tetsuro did not arrive. Ginko's older brother Shohei (Nenji Kobayashi) feels proud when Koharu states "...thank you for raising me." The atmosphere at the wedding is warm and calm, but later turns darker. Tetsuro, dressed in clean clothes, arrives at the wedding sweating. Shohei tells his younger brother "Please don't drink today." But, Tetsuro cannot help himself. With other young people at the wedding, Tetsuro starts drinking. Later, Tetsuro grabs the microphone and rambles incoherently. He then starts singing and knocks things over. Shohei can hear the groom's parents disproving comments. Shohei then tells them, "I will cut off all relations with Tetsuro ..." 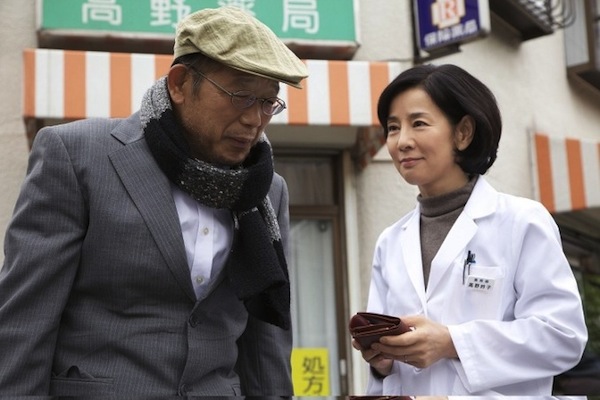 Masao Hayashi Jan 24 2015 5:56 pm I really liked the movie...very touching. The cast is made by many good actors and actresses.