(Redirected from Yukionna to Kani wo Kuu) 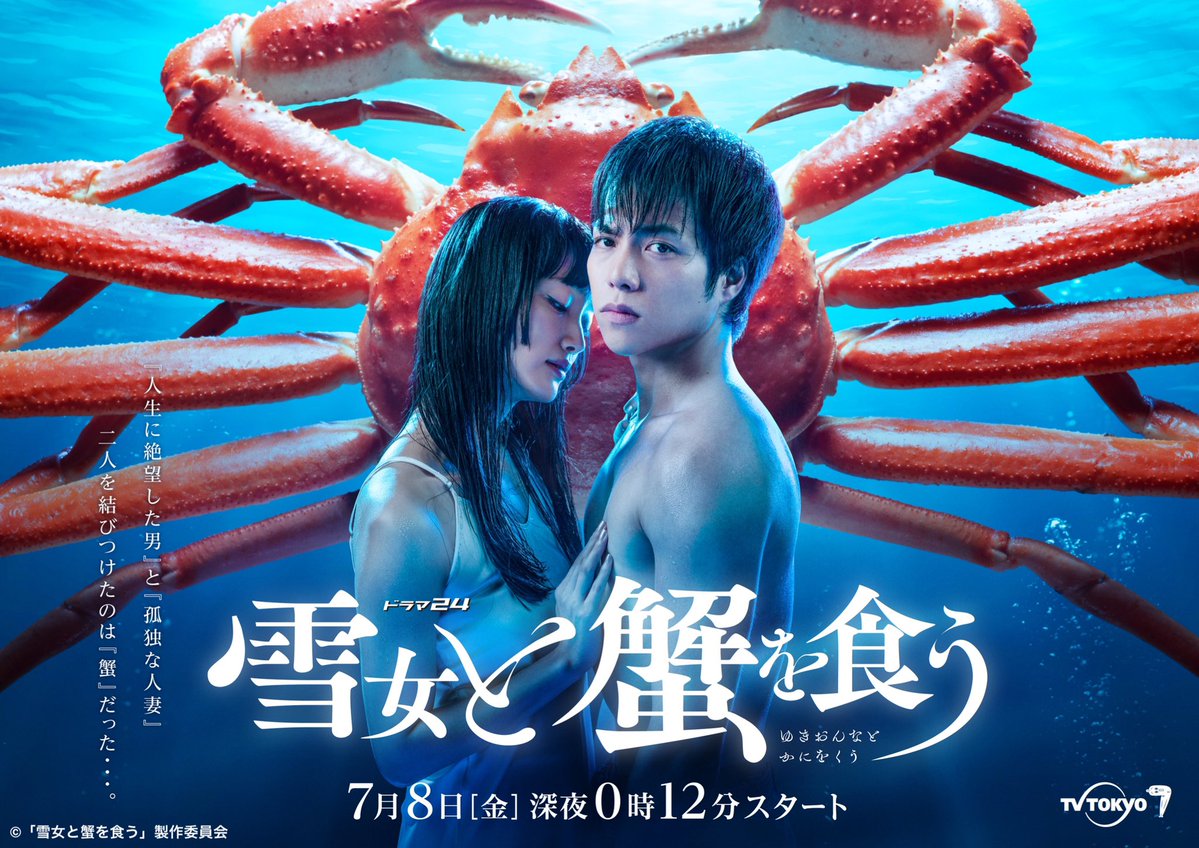 Kita (Daiki Shigeoka) is falsely accused of sexual harassment. Due to the false accusation, he loses his job, fiancé and family. He then decides to take his own life. One day, he watches a TV program on gourmet food and comes up with a plan on how he wants to die. He decides to go to Hokkaido to eat crab, that he has never eaten before, and then die there. Being completely broke, Kita needs to money to implement his plan. He targets Ayame Yukieda (Noriko Iriyama) to rob, whom he meets at the library. Ayame Yukieda is the housewife of famous novelist Yukieda (Masanobu Katsumura). When Kita demands money from her, her responds surprises him.