You Always Haunt My Heart

(Redirected from You Always Inhabit My Heart) 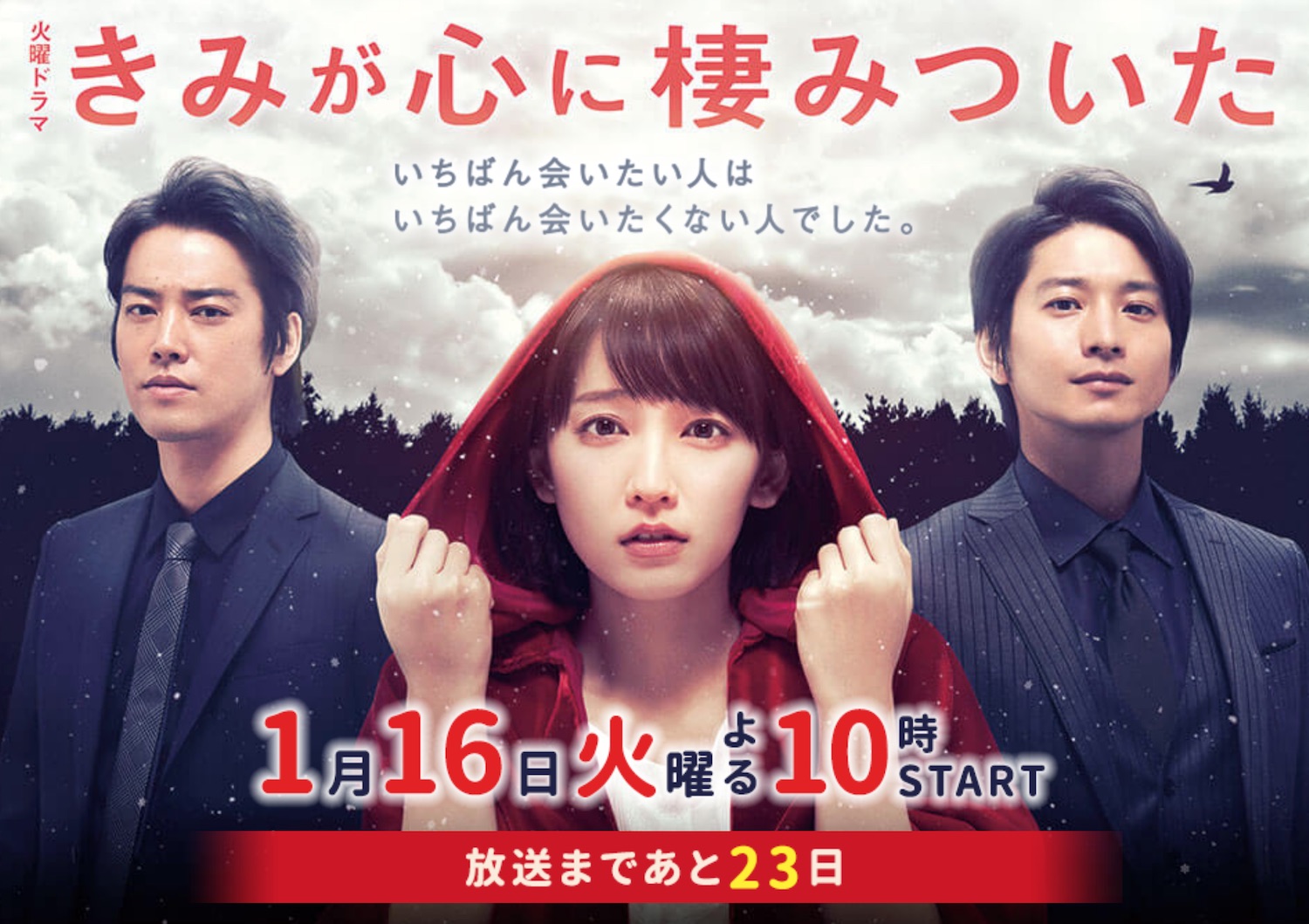 Kyoko Ogawa (Riho Yoshioka) is a woman in her 20's and she works at an underwear company. Because of her mother, Kyoko Ogawa has suffered from low self-esteem since she was a child. She is also shaken by two men: Kojiro Yoshizaki (Kenta Kiritani) and Ren Hoshina (Osamu Mukai). Kojiro Yoshizaki works as an editor for a manga magazine. He is bright, funny and a nice person. Ren Hoshina is a guy that Kyoko Ogawa dated when she attended college. Ren Hoshina was able to see her weakness and was controlling over her. At her job at the underwear company, Ren Hoshina appears in front of her as her boss.

False Sympathy Aug 14 2020 5:22 am [THIS MAY CONTAIN SPOILERS] . . . . . I really really hated Hoshina and I'm scared of him. But to be honest, when his past was revealed, I kind of understand why he's a terrible and twisted person and why he's treating Kyoko badly. I'm against toxic relationships, but I unexpectedly wanted Kyoko to end up together with Hoshina. I think Hoshina genuinely loved her. He was all alone but Kyoko was the one who saved him. He saw himself in her. Same goes to Kyoko. Both of them have a tragic past and are traumatized by it. They were able to relate with each other and they're the only ones who could understand each other's pain. Hoshina treated Kyoko gently in the beginning but he eventually showed his true colors to her. He keeps on manipulating and abusing her while Kyoko is still following him and getting fooled by him (yet she's also aware of it). They both have extreme obsession towards each other. Despite all the bad things that happened, they couldn't let go of each other. Hoshina once said that he likes loveless sex and maybe that's the reason why he never did it (and even had a kissed) with Kyoko. The way he treats Kyoko is different compared to the other girls. She was special to him but he couldn't accept his feelings towards her and he continues to act cruel towards her. At the ending, Kyoko married Yoshizaki. A bouquet has arrived from Hoshina and her expressions changed. I guess she was shocked to know that he's alive but there's a part of me that thinks that she still hasn't got over him after all.

Anyway, I'm still glad that Kyoko chose Yoshizaki. He was the one who helped her move forward. She deserves a happy and peaceful life.

L Apr 14 2019 7:20 pm You will not regret watching this. The chemistry between Hoshina and Ogawa is electric while the chemistry between Yoshizaki and Ogawa is sweet. For some reason though, I never really felt that Yoshuzaki really loved Ogawa, it always kind of felt like he was forcing himself, but that could just be me. I actually preferred Ogawa and Hoshina’s dynamic better. I know some people say that the ending felt kind of empty but I think it tied up the drama perfectly.

MaoMiao Jul 19 2018 2:01 am @EricaBrazil: You felt that way because the manga is only progressing to Oga-chan and Yoshizaki's breakup. Everything after that was written by the screenwriter, and it din't match up the manga author's storytelling IMO.

EricaBrazil Jun 24 2018 1:05 pm Sometimes I felt that something was been missing during the story. In particular the last episode with the ending of the characters. However I liked Kiritani-san acting.

Yuki Feb 03 2018 9:25 am I've read somewhere that in the manga, Osamu's role Ren Hoshina will turn into a good guy. I hope it will happen in the drama. Excited for his transition if ever. :)

But to be honest, while watching I prefer Yoshizaki-san since he's a very nice guy unlike Hoshina-san. But let's see how the story goes...

Max Nov 01 2017 9:45 am Yoshioka was really good in Quartet. Were her other dramas worth watching too?