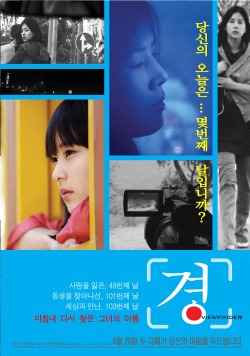 49 days after the death of their mother, younger sister Hu-Kyung disappears. On the 101th day of their mother's death, older sister Kyung sets out to find her younger sister Hu-Kyung. She eventually arrives at a rest stop in Namkang to find her sister. At the Namkang Rest Stop Kyung comes across various people. Chang is an unemployed computer whiz kid. Kim Park is a journalist from Han San Medi., Eun-Ah is an employee at Namkang rest stop and a popular internet blogger. There's also a man that sells a variety of items out of the back of his pickup at Namkang Rest Stop whose wife recently left him. These people are all connected and disconnected from each other and society. For the next 10 days the story of these two sisters and the people at Namkang Rest Stop unfolds ...