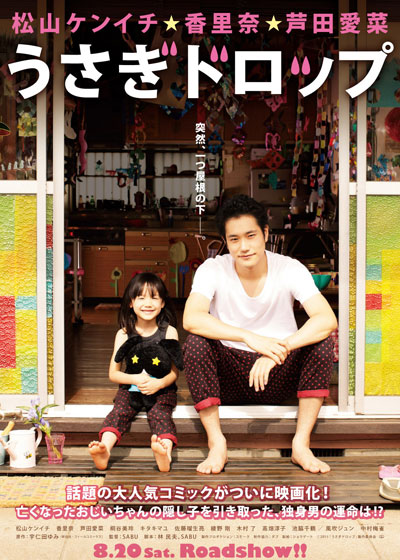 27-year-old Daikichi (Ken'ichi Matsuyama) is a single young man who is trusted by his peers at work. Daikichi then attends his grandfather's funeral. At the funeral the attendees learn that Daikichi's grandfather bore an illegitimate daughter with an unknown mother. The girl's name is Rin (Mana Ashida) and she is just six years old. Everybody in Daikichi's family looks at the girl as an embarrassment and wants no part of her. Daikichi, annoyed by his family's attitude, decides to raise Rin by himself. Daikichi has no experience in raising a child. He soon learns the difficulties in raising a child as a single parent ... 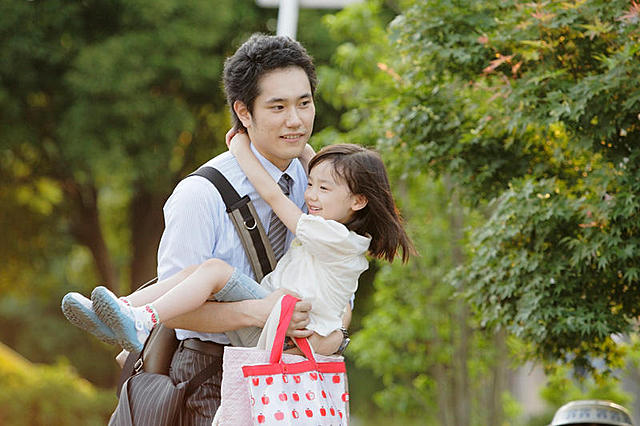 FromPHwithlove Nov 06 2017 6:00 am I watched the anime first before watching the movie and they did a pretty good job in the adaptation. Kenichi-kun is so adorable!!

ace Nov 26 2014 1:09 pm There are three things that I was struck by when watching this. First, the factory that Daikichi Kawachi works at really has a lot of workers on the conveyor. So close together it might have been faster and easier to just bucket-brigade it. Secondly, the little son of the woman you are about to kiss will always #@%$ block you. Third is that Mana Ashida is so adorable. Granted, pretty much any kid is adorable. But she certainly acts adorable. I didn't realize but I saw her in Marumo no Okite, which I also liked. All-in-all it is a cute heartwarming story. The lead actor did a great job playing the impetuous young man choosing to raise his little Aunt the best he can.

Livingdead May 21 2014 10:35 pm The anime version is so much better than this. Why should add unnecessary scene??

Ni Jul 11 2013 11:59 am just finished watching this, i kept it on hold for several months...finally i had the chance to watch it n_n ... i really love this movie. Daikichi wa totemo yasashii no chichi and i love the chemisthry between him n Rin, so sweet and beautiful story.

Hasumi Oct 26 2012 11:49 am i might want to adopt a kid watching this lol but it's seriously so warm and adorable :3 plus the fact that kenichi is int it <3 gosh i love his acting

maybe I will watch movie also ..

really recommended for everybody .

What a Dumb Series Aug 29 2011 5:02 am So at the ending does she want to have his baby like in the manga? Seriously wtf was with that ending.

Kurai Kokyo Aug 26 2011 9:04 pm I'm looking forward to watch this movie! I've been waiting for so long :( But got to say that Rin sure got lucky that Daikichi is played by Kenichi hahahaha LUCKY GIRL

Cecilie Jun 06 2011 5:40 am This movie looks really adorable. I love both Matsuyama-san and Ashida-chan - can't wait to see them together xD ♥

waiting this to be released. loved the manga.the pair made a good combo for part 1 of the manga.