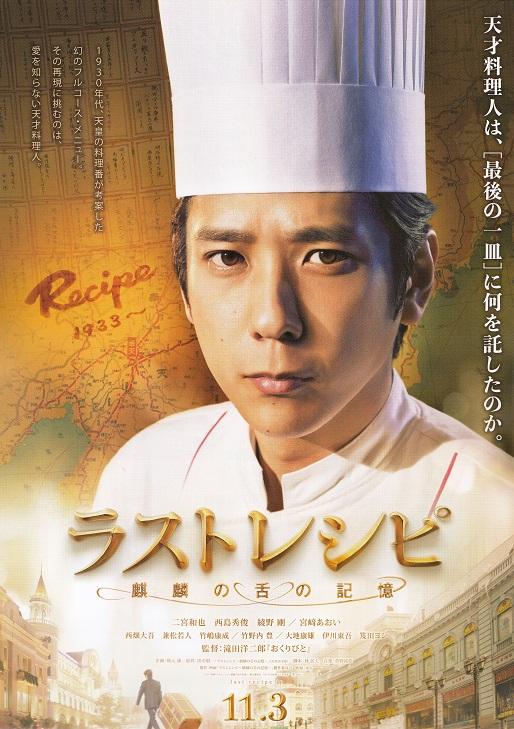 Mitsuru Sasaki (Kazunari Ninomiya) is a world-class chef, but he has lost his passion for cooking. He can create any dish by just tasting it once. His restaurant went bankrupt, because of Mitsuru Sasaki's extreme perfectionist ways. To pay off his debts, he offers to personally make a last meal for anyone willing to pay 1 million yen. Mitsuru Sasaki then gets an offer by QingMing Yang (Yoshi Oida) in China. The Chinese man offers Mitsuru Sasaki 50 million yen if he can recreate the legendary Japanese Imperial Feast created by Chef Naotaro Yamagata (Hidetoshi Nishijima) in the 1930's.

p.s: please eat or provide yourself with foods beforehand ... because the foods in this movie really make you hungry xD

Kirin Jul 08 2017 5:50 pm "Kirin" means "giraffe" but in this movie it refers to Qilin, a Chinese mythological creature that looks like a cross between a dragon and a deer

My idols will encounter together >_<