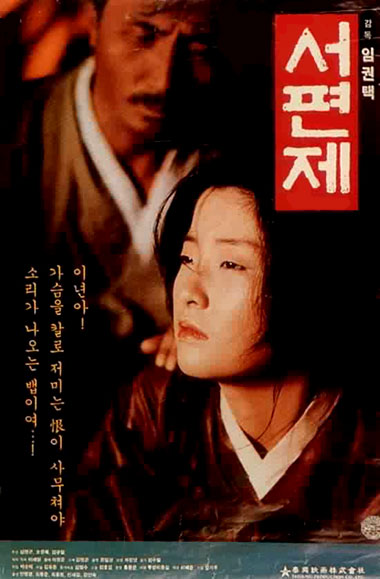 The specifically Korean tradition that is reclaimed in Sopyonje is the type of folk-song known as pansori, described as a musical sublimation of South-West Korea's collective grief and suffering - in other words, a kind of blues.

The film's three central characters are itinerant pansori singers in the 1950s, a time when many aspects of Korean culture came under siege from Japanese and western influences. The story unfolds through flashbacks. A man named Dong-ho is roaming the rural hinterlands, ostensibly to find rare herbal medicines for his sick son back in Seoul, but actually in search of Song-hwa, the woman he grew up with. Orphans, they were both apprenticed to the pansori master Yu-bong (Kim Myung-Gon) who pressured them to sacrifice everything for the art.