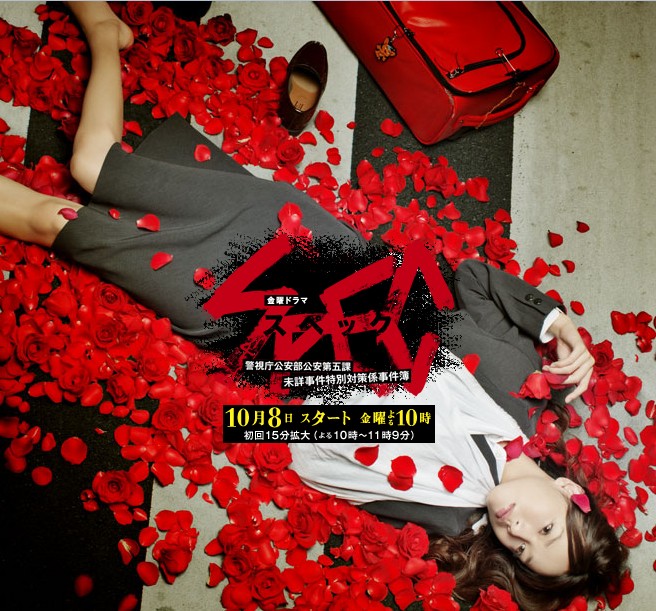 The Tokyo Metropolitan Police Department has set up a special department named Mishou (Unidentified Crimes Unit) for hard to crack cases without evidence, witnesses, or involving special organizations. These cases are beyond the scope of Keizoku (First Investigative Division’s Unsolved Crimes Unit).

The section chief for Mishou is Kotaro Nonomura (Raita Ryu). He is a senior in age with a dignified look, so usually nobody blames him even though his answers are evasive. Working for Kotaro Nonomura are two problematic police officers with excellant police skills, who were transferred to Mishou for bad behavior.

Saya Toma (Erika Toda) is a young woman with an IQ of 201. With her amazing intellect she became part of the faculty at the Department of Science at Kyoto University without schooling. Saya Toma also researched the X-Files at the FBI in the US. Because of her genius like intellect she often treats her superiors in a condenscending manner. Saya Toma is also a tough woman who is more than able to defend herself in physical confrontations. She has been with Mishou for one year. When she first joined Moishou she hurt her arm in a fight with criminals and has worn cast since.

Takeru Sebumi (Ryo Kase) is an excellant career detective. He was picked for the Metropolitan Police Department's SIT unit and became platoon leader by the young age of 27. He is also highly skilled with guns and the martial arts. Because of an incident with a subordinate, Takeru Sebumi was pushed out to Mishou. Takeru Sebumi also doesn't trust Saya Toma.

Saya Toma & Takeru Sebumi work on cases for Mishou first by postulating the "SPEC" of the unknown criminals. They then deduce the criminal's unknown "SPEC" and use this information to trap the criminals.

jesus she is drop dead gorgeous even without make up

And to everyone: Erika's acting is splendid. This drama has a great storyline. The cinematography is kinda unique. You should watch this, it;s AWESOMEE

and the series keizoku all of its cases stolen from anime detective conan all of them i saw it in detective conan with a little change in it, this series is combine of detective conan and american series called x files it is about investigations about unusual cases and peoples from another planets

Mick Jun 24 2015 3:07 am someone said it was toda's bad acting? i think she must be watch wrong actress,,, shame on you!! with her recognition at 67th Television Drama Academy Awards: Best Actress?? Hellowww... this is simply her best performance.. the sequel in movie tops the box office chart!!

DarknessEyes Feb 18 2012 5:18 pm anyone know where i can watch this?? I've been looking everywhere for it, but all I could find were recaps. And I couldn't find one for episode 10. thanks :D

sabbie Mar 15 2011 3:19 am this is by far the best detective drama i've ever watched! there's a mix of everything from humour, drama, action to a tid bit of romance. I totally LOVE it! ;D

hachi Mar 13 2011 10:38 am This is certainly a GOOD drama; it has an anime feel into it. There's a next season as announced in its official site.