Sori: Voice From The Heart 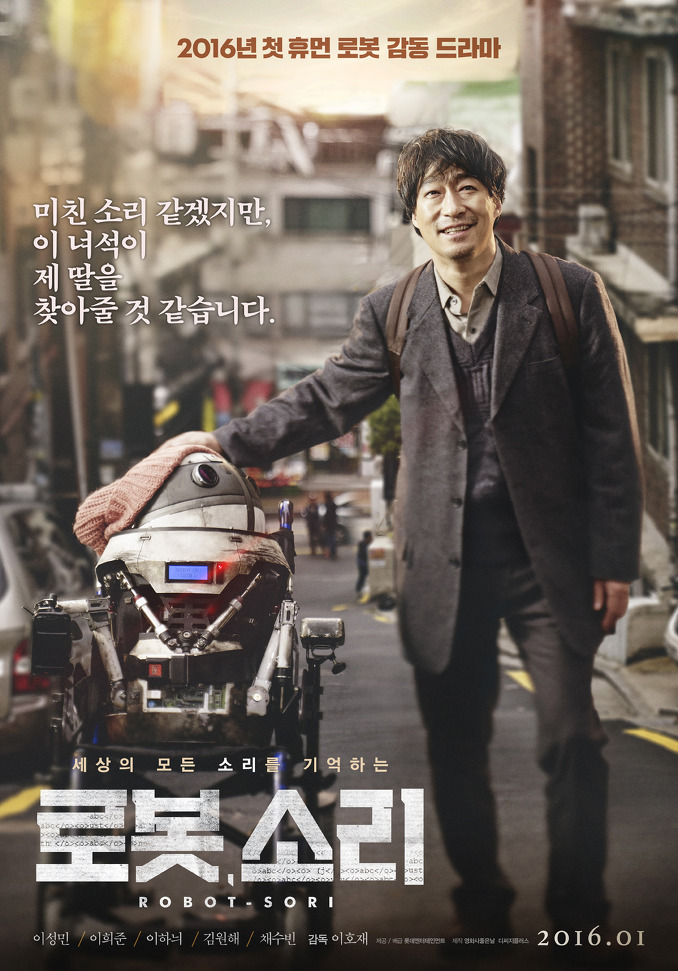 Hae-Gwan's (Lee Sung-Min) daughter Yoo-Joo (Chae Soo-Bin) is missing. People around him tell him that his daughter died in the fire that took place at a subway station in Daegu, but Hae-Gwan refuses to believe she is dead. To find Yoo-Joo, he goes everywhere and anywhere. One day, he receives a phone call that the caller saw Yoo-Joo on an island. Hae-Gwan goes to that island, but he can't find her there. At night, Hae-Gwan sits on rocks by the sea. He sees a light fall into the ocean and he is then swept by big waves. Hae-Gwan then finds himself on the beach. He sees something unusual and first believes it is a landmine. It turns out it is actually an AI satellite robot which saves every conversation made on a phone. Hae-Gwan thinks he can find his daughter with the help of the robot. He names the robot Sori ("Voice").

Lee Seohwa Feb 29 2020 11:17 am Robot looks like from Star Wars I swear, people ran out of idea to create another robot.

AJ Aug 19 2018 9:37 pm Korean film loves robots and AIs, seeming to find them often more empathetic than too many humans, as is clear again in this film. The story is based on an actual historical event that is both horrifying and heartbreaking. This film tries to capture the grief of a parent who lost his daughter in this tragedy but does not accept that loss. The passage rite journey with the AI toward acceptance and peace is unexpected, sometimes jarring, yet tender and quite beautiful. The film works in the focus on the father’s love for his daughter and also his eventual compassion for and protection of the AI, thus finding himself again as well as the peace that had eluded him for ten years. Seen as a fantasy with a heart, though the tragedy itself is unbearable, the film is finally quite touching.

Danniah Nov 08 2016 3:13 pm This is sci-fi movie but it plays with emotions. I got teary eyes but still remind my self that Sori is a robot, not human. Lol.

Overall, this movie is easy to understand and it's kind of movie that you used to watch with your whole family. Children would like this movie because of the human-like robot and adults can relate themselves to the casts.

Lee Honey is the best one here. She plays her role very well and her english is wonderful.

gh Oct 24 2016 9:44 am Ryu Jun Yeol looked soooo good in sunglasses! When I first saw his character, I thought, wow, good looking! And from the lower part of his face, I felt like it was Ryu Jun Yeol. Turns out it really was him!