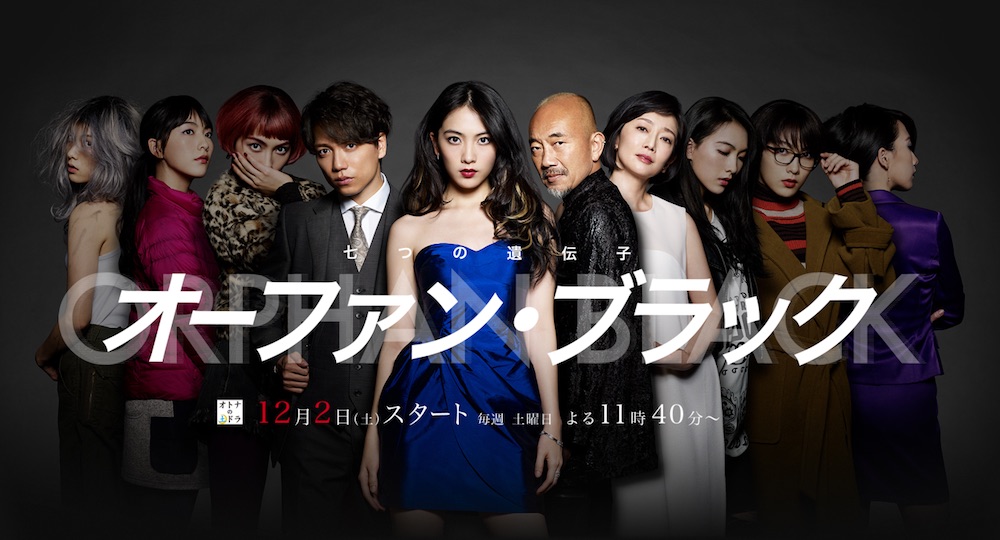 Sara Aoyama (Kang Ji-Young) was an orphan and is now a single mother. She has suffered through poverty, lack of understanding from society and other problems that led to her being separated from her daughter. She believes that if she has money, her life will change. One day, Sara Aoyama sees a woman killing herself by jumping in front of a train. The woman who jumped looks just like her doppleganger. Sara Aoyama is stunned, but takes the woman's bag. Since then, her life takes an unpredictable turn.

Curel Dec 18 2017 8:03 pm I checked out episode 1 and thought it was pretty good. Jiyoung seems to be handling her role(s) pretty well so far. Sara's younger brother is younger in this adaptation than in the BBC one, which kind of shows. All in all, no big complaints and the plot seems to be taking a very similar direction that the first season of the original took. I like how they took advantage of Jiyoung's Korean like they took advantage of Tatiana's German in the original.

gotchi Dec 03 2017 3:15 am It's so bizarre they adapted this when they already have dubbed the original Orphan Black series in the Japanese language. BBC America really trying to milk out their content as much as they can. Anyway, Clone Club - take this adaptation with super low expectations. It's been entertaining to see how they're adapting it to the Japanese context but it's awkward. The production quality just too "clean" for something that's supposed to be more dark/gritty. Also, the promotion material of JiYoung as all the clones just does not hit the mark at all ...the hair/makeup + styles are so generic as if it's just some lame girls fashion magazine. They could've gone so much further instead of giving a very similar asian make up style across all their faces **booooring** . It's disappointing cos there is so much more interesting Japanese looks than what this production has come up with. Anyway, need to stop comparing it to the original because it is not. This will probably just to draw in/take advantage of Jiyoung fans or smthn...

reny Dec 01 2017 1:53 pm @kchan i said //i// was let down, aka i personally didn't like how things went and found the third season dull. tatiana is an amazing actress and her emmy was well deserved but that didn't change what i thought about the story, everyone has their own opinion!

kchan Nov 29 2017 11:02 am @reny Actually, the original Orphan Black got BETTER as the series progressed (even the lead actress, Tatiana Maslany, won an Emmy for her role in this series in the later seasons). However, I'm going to be open-minded I check the Japanese version out because I like Jiyoung and I'm just really curious. But I doubt it will be as good as the original.

reny Nov 22 2017 12:25 pm this having 8 episodes is probably a good thing especially if there's a possibilty for them to add more seasons, japan has shown they know how to make amazing dramas in a small time frame so i dont see the problem with that lol. i was really let down by the original because of how downhill it went after the first season and the second half of season 2 so i'm really excited on their take on this?

Jok Nov 19 2017 9:36 pm There's no way they can pull it off. First of all, 8 episodes? Really? The original series had 50 episodes, how much will they have to cut out? Besides, Tatiana Maslany is a freaking genius for playing so many different characters, and making them all interesting and original. I really liked every single one of them. I'm not sure if KJY can do it. I don't know who's gonna play Felix's character but if they change anything about him, it might ruin the show too. He was incredibly important in the original show. They'll probably change some characters' sexual orientation cause boo-hoo, it's Japan. Anyway, I really don't think it'll work. They'll just ruin the original show. If you want to watch something really good, watch the original Orphan Black.

Aya Nov 19 2017 9:49 am I'll be honest, because I really loved the original. I don't think Kang Ji Young can pull it off, but I really hope that she does well. It's not an easy role to play. That said, I will definitely watch this, partly because of my love for the original series and partly out of curiosity. The story is really interesting and if the do a great job, this can turn out amazing.

Like it was the good show, but I can’t wait to see the Japanese remake.