(Redirected from My Housekeeper Mr. Nagisa) 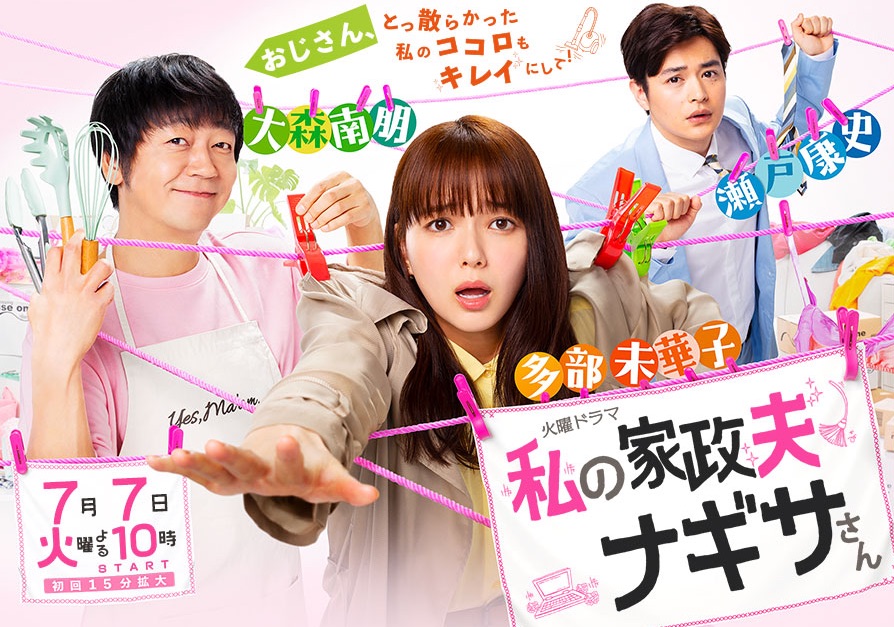 AJ Sep 02 2020 1:08 am Awesome drama. Nao Omori is a really great actor. He is really versatile actor. Hoping to see more of his dramas and movies. This drama has 9 episodes and also a special episode. Very heartwarming drama. Congratulation to the cast and team.

Max Sep 01 2020 7:08 am The story reminds of another drama, the 'Nigeru no wa hajidaga Yaku ni tatsu' (The Full-Time Wife Escapist), with the actress Aragaki Yuki:

I want to watch this drama

Un modeste admirateur Aug 21 2020 10:12 pm Possibly the best Japanese drama I’ve seen so far in 2020. Old, tidy and imperturbable housekeeper. Young, messy and bubbling girl. The quirkiness of these two personalities clashing together is perfectly rendered on screen. The side stories, like the girl’s sister’s, add a lot of value and depth. The housekeeper’s hidden past still remains a mystery, even if the veil is slowly starting to lift after 6 episodes now. Overall, it’s ‘manga’, but with real-life actors. Speaking of real-life actors, Mikako Tabe… what to say of her! I don’t know if goddesses exist on this earth, but she might as well be one.