My Girlfriend is an Agent 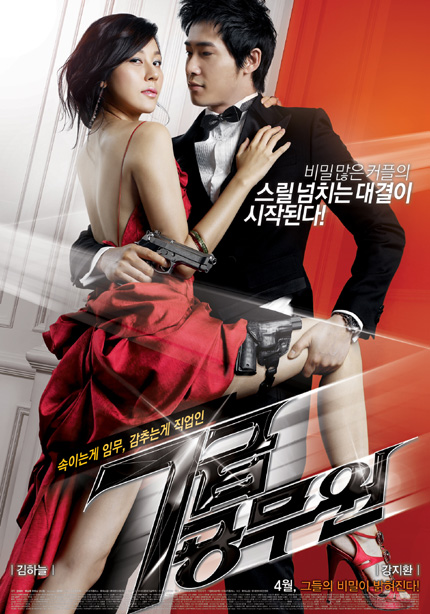 Secret agent Ahn Su-Ji (Kim Ha-Neul) works undercover as a bride-to-be real estate agent. Her real life boyfriend Jae-Joon (Kang Ji-Hwan) is completely distraught over Su-Ji’s frequent absences and even harder to believe excuses. Jae-Joon then decides to leave her and for that matter the country of Korea itself. He calls Su-Ji one last time at the airport Incheon International Airport, but unfortunately Su-Ji is unable to answer his call because she is working undercover to bust an international crime organization.

Three years later, with Jae-jun long gone, but not forgotten Su-ji works on a Russian mafia case involving biological weapons. During her undercover work, Su-Ji poses as a janitor and runs into Jae-Joon while cleaning the men’s restroom. Su-Ji completely loses her composure and attacks Jae-jun for leaving her and apparently lying about his whereabouts.

Meanwhile, Jae-Joon has his own secrets. Jae-Joon is also a secret agent, but works in a different department from Su-ji. When Jae-Joon left Korea three years ago, he was actually assigned to track the very same Russian organization that Su-Ji is currently working to bust.

Now that the former lovers have met again they resume their romantic relationship, while trying to keep their real identity unknown to the other person. They also have to stop the Russian mob from gaining a weapon of mass destruction ... 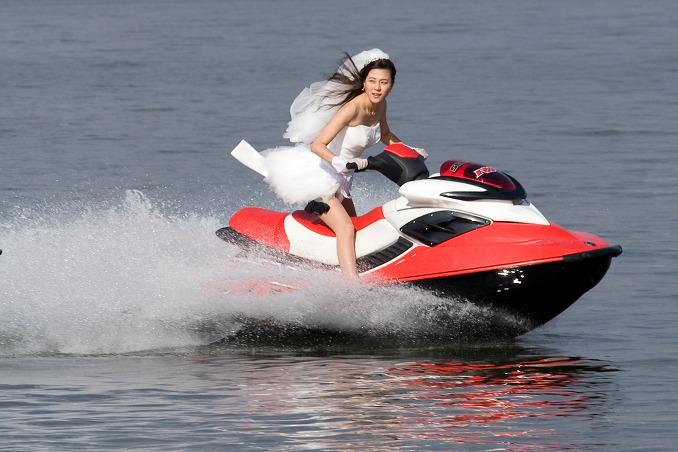 Katyrn Mar 04 2018 12:40 am Kim haneul was so great always act with the heart,,, its not overacting thats why i like her, all of her craftcraft specially this one my gf is an agent... totally new shes also great in action... goodjob!

Can anyone recommend hilarious Korean movies like this? This got me thinking that maybe Korea has made many funny movies. Thanks.

Troublesome May 27 2014 1:30 pm I hate the fact that she's the reason of the break up but it's still the guy who has to apologize and run after the girl when he did nothing wrong he was right to be hurt by those lies but they never address that, like in every romantic comedy, the men's always wrong even if he was cheated on ( not the case in this one) ...sorry I'm a little frustrated after watching so many k movies, and seeing the men be drag around into dirt.

Anyway still a somewhat good movie. Watched mostly because of the lead actress even thought I was frustrated by her.

Gasenadi Feb 22 2012 4:52 pm Have watched it twice and it's STILL hilarious. I could sense Kang Ji Hwan's comedic talent in prior dramas I had seen (especially Capital Scandal and Hong Gil Dong) but what he does here is stellar. Thanks to the previous reviewer for references to other Korean comedies. I look forward to seeing them AND Kang Ji Hwan in the future.

nm May 13 2011 2:57 pm I just finished watching this movie and it is pretty hilarious, and well done overall. Both lead actors did a great job; the directing, dialogue, and everything else was pretty good. It's definitely not cheesy, like the plot may make it seem. Well worth your time. There's more comedy and action and essentially no drama.

Nick Feb 10 2011 5:38 pm Freaking LOVE this movie! It is absolutely hilarious! The best part is the part when he follows Victor into the air soft gun room! That scene alone makes the whole movie worth watching, but this movie is filled with great scenes. Kang Ji Hwan gave an amazingly hilarious performance. If a sequel isn't made it'll be a great disappointment.

Andiie Jul 02 2010 8:22 pm the voice of the mother of jaejoon is yang hee kyung( the mother of ma hye ri in prosecutor princess)?

KHJ Jun 15 2010 8:42 pm I REALLY WANT TO WATCH THIS MOVIE :D can anyone tell me what type of dress that shes wearing on the cover? eg.there are specific names for swimwear like bikini, one piece ect. i really want to know what the dress type is cause i want to buy one :D iv been looking for it for ages ever since Kim So Eul wore something REALLY REALLY similar in the club scene with kim bum on BOF ty

farahsmile May 12 2010 12:26 am NICE MOVIE!!! KANG JI HWAN ONCE AGAIN NEVER DISAPPOINTING ME AFTER HIS VERY FABOLOUS ROLE IN ROUGH CUT HE MAKE A GREAT ACTING AND WITH THIS MOVIE HE SHOW SOME ANOTHER ROLE THAT SUIT HIM^_^ KIM HA NEUL AND HIM MAKE A GREAT CHEMISTRY! AND THE MOVIE IS HILARIOUS AND FUNNY!

Ki Sep 20 2009 11:52 pm Holy Time warp! For awhile there, I thought well done goofy comedies like “My Wife is a Gangster” and “Too Beautiful to Lie” were a thing of the past. Thankfully, the new film “My Girlfriend is an Agent,” which opened this past summer with stellar box office results, will make you think otherwise. The film stars leggy actress Ha-neul Kim as an undercover agent and if you think this movie is a one trick movie – guess again. The film also features Ji-hwan Kang, who went to toe to toe with Ji-seob So in last year’s “Rough Cut,” turning in a surprisingly well done performance as a well intentioned, but blundering secret agent. If you’re thinking now this is may be your typical romantic-comedy with a secret agent angle – well think again. “My Girlfriend is an Agent” has a few more tricks stored up its sleeve.

The action-film portions of the movie is probably the weakest element, but it's sufficient enough when considering its minor role relative to everything else. The main drawing card of course is the hilarious relationship between the two secret agents. Ha-neul Kim is always pleasing on the eyes and she’s able to pull off the super agent shtick pretty darn good. There’s one brief scene with Ha-neul dancing in the hallway of host bar with a skimpy mini dress that’s probably worth the price of admission alone. Equally as impressive, if not more, Ji-hwan Kang’s performance as the bumbling secret agent is just a riot! Perhaps because his counterpart Ji-seob So was so good in “Rough Cut,” Ji-hwan Kang seemed almost like an afterthought in that movie. In “My Girlfriend is an Agent” he’s able to crack open that one-dimensional shell and bring out a lot of spunk that wasn’t evident before. There’s an absolutely hilarious scene involving Ji-hwan Kang and a Russian mobster in a haunted house that had me literally rolling on the floor. Props should also go out to director Tae-ra Shin who nurtured “My Girlfriend is an Agent” into such a well rounded film (thank you for not having any dorky detours into heavy drama land). Tae-ra Shin’s prior film “Black House” was an awesome thriller, but didn’t give any clues on the comedic sensibilities that he possesses. It should also be noted that there’s a bit of an insiders joke in “My Girlfriend is an Agent,: when Ji-hwan Kang’s character walks into his friends video shop and prominently holds up a DVD. Of course that DVD would be none other than “Black House.”

Joon Sep 20 2009 3:29 am Awesome movie! Haven't seen a Korean film like this since My Wife is a Gangster. Hopefully there will be a sequel like that film. Check this movie out!!!