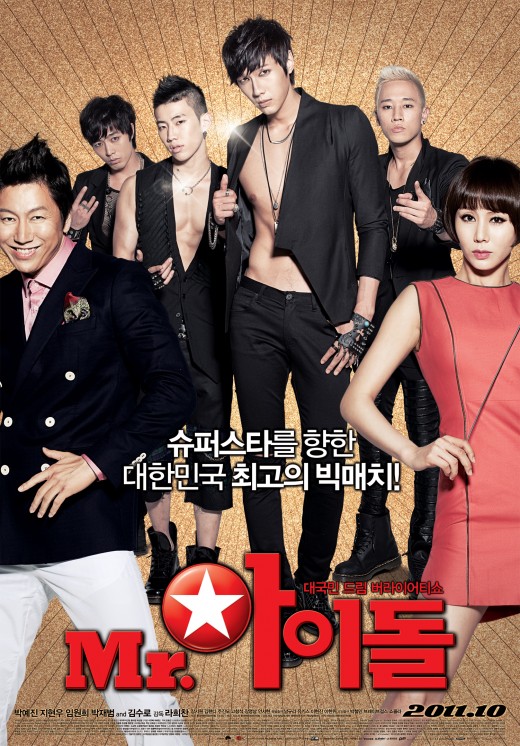 Goo-Joo is offered a job by Hee-Moon (Kim Soo-Ro) who runs top talent agency Star Music. She turns the offer down and instead seeks out the remaining members of Mr. Children to reform the group. Hyun-Yi, Jio and Ricky all gather together again but they need a lead singer. Goo-Joo decides to hold an open audition to find the next vocalist for Mr. Children.

Meanwhile, Goo-Joo calls her cellphone, which was in her suitcase, and talks with travel guide assistant Yoo-Jin. They make an arrangement so Goo-Joo can pick up her suitcase and phone. In the past, Yoo-Jin trained with a band for talent agency Star Music, but the group was kicked out from Star Music. He now works several part-time jobs and at night plays with an indie band in a bar. One day, the owner of the bar asks the band to take part in the audition held by Goo-Joo.

At the audition Yoo-Jin and Goo-Joo are both surprised to see each other again. Yoo-Jin's band performs, but Goo-Joo asks to hear just Yoo-Jin. He refuses to perform alone and leaves the audition with his band. Later that day Yoo-Jin's band, seeing no hope for their careers, decides to disband. Music executive Goo-Joo still hasn't given up hope on Yoo-Jin and follows him around daily, hoping to persuade him to front Mr. Children .... 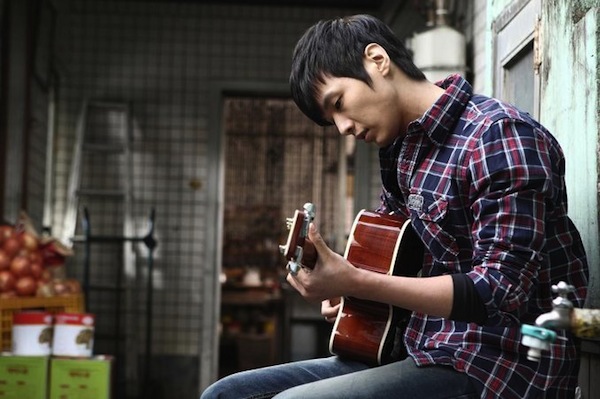 G-Huy Sep 28 2016 6:42 pm I saw the girl from What Happened in Bali and hated her in that drama, so I've been avoiding this movie from the Hulu Korean movies collection. However, I recognized the guy lead Yoo In-na's ex-BF and the lead of Queen Inyeon's man. So I decided to watch. I am very pleasantly surprised by the movie. The quality is very good cinematography-wise, the writing is pretty clever, it definitely tugs at the heartstrings while being light enough for the family. I like the dry humor especially from the girl. Altogether, this is a great family movie. Also, I loved so much the theme song -Summer Dream. I actually downloaded it from I-tunes. It makes me happy, something about the beat, even though I don't understand a lick of the lyrics except the few English words! I am curious to know how this movie performed in the box office. They should do an international showing like at Cannes or the one in Utah. I think it's very good.

Phoenix Fire Nov 24 2014 3:42 am I enjoyed this movie. For me, it actually made so much more sense than a lot of Hollywood films being shown these days. The actors, particularly Park Ye-Jin, Ji Hyun Woo and Kim Su-Ro understood their characters well and were able to portray them as realistically as possible. Of course I love all the song scenes and enjoyed the conversations between Goo-Joo and Yoo Jin and the funny antics of Sang-Sik. It was also fun watching Ji Hyun Woo dance. ^_^

Davia Sep 22 2014 12:09 am I read some of the reviews and it's my perception that some people get Korean humour and some don't. I say this because I have read complaints so many times about those dramas which are in my opinion not only hilarious but one of the main reasons why I love a lot of Korean dramas.

I only became exposed to KD's three years ago but have come to love Korean humour more than any other that I have come across. It's much funnier than British humour. I am not saying that this movie is the best example of that though but it is really quite funny. I loved the scene in the restaurant when he complained about not getting as much food as the little girl.

The other thing I have noticed is that as good as Korean directors are at making great TV dramas that bad they seem to be at making movies. The scene sequences never seem to flow coherently and therefore are jarring to watch. This drama did endeavor some creative sequencing and editing though for which it deserves some points.

So this isn't the best made movie but the story is well written with humour and inspiration and the acting is good. The music and dancing are really enjoyable. The ending scene of this drama is the best. That must be a magical red travel bag! ; )

firenze Aug 27 2012 4:11 am this movie is truly very inspiring specially to those real talented people who would not have the connections nor hid to immoral and illegal means! i hope there are really people like Oh Goo-Joo, who's best interest is to give breaks to real talents without vested selfish motives! i salute the writer of the movie who got the guts to expose the ugly side in the music industry. MORE POWER! the CAST are ALL GREAT!!!

butterfly Jul 21 2012 9:33 am Before I watched the movie, I first read all of the reviews in this page...and I was disappointed with the negative comments. I actually lost interest but my sister was raring to watch so in the end I watched half-heartedly, waiting for the moment that I'll snap my eyes shut in disgust. I thought I would hate it and it'll just be a waste of my time......turns out that I shouldn't have been bothered by the negative reviews at all. I even thought Park Ye-Jin's "robot" acting/character totally cute and very fitting for her role (I liked her the most in the movie). To sum it up everybody have different opinions/likes in a movie...its just that Mr. Idol captured mine (this is from someone who actually dislikes boy k-pop group) ^_^

Byroms Feb 05 2012 10:33 am I quite liked this movie :D I had high expectations and they were met. Great music, great actors and a whole rollercoaster of emotions throughout the movie.

or this one Im not sure wich one is correct

yuii Jan 08 2012 8:34 pm Well Beep, you sounded as though this is the worst movie you've ever watched in your entire life. Park Yejin had to act that way because that's her character - someone who so-called doesn't have emotions.

Probably there had been too much hype, excitement and promotion of the movie & cast in the beginning which led to its great expectations. Even if the movie doesn't meet the mountain high expectations, there certainly had been aspects that were enjoyable. It's all about building your dream and not giving up despite difficulties. And of course, at the same time you get to enjoy some eye candy~ just relax and enjoy the show.

Riyaku Jan 08 2012 11:38 am I have to admit that I really looked up to this movie and I was so sad when I couldn't see it while I was in Korea and now that I finally got to watch it I actually liked it. Even if sometimes I couldn't even think whether to just stop watching or keep watching. And for those who ditched Doremifasolasido you guys just stop it! I love that movie and I like this one as well. I was sad that Jay didn't have that much lines, but at least he got into a fight for like three times which was interesting to watch...

Seriously people some like this movie and some just don't and it's okay if you don't, but please don't spoil the happiness of someone who enjoyed this movie...

Beep Dec 19 2011 11:15 am I have to agree with what Ki wrote: This movie is awful. Its story is awful. I was so looking forward to the whole cast and thought it would be awesome but the movie shattered my expectations into the tiniest bits possible. It's not even worth watching for Jay Park, he nearly doesn't have anything to say and his on screen time is barely existent. I feel sorry for the great cast who were absolutely wasted. Except Park Ye Jin, I really don't understand what she was trying to achieve with her robot-like acting. In the movie there's a scene where she's even asked if she's a robot. I don't get it, it was horrible. So guys, don't waste your time on this movie when there are a million better ones waiting for you out there! (I thought Doremifasolasido was cheesy but quite cute anyway and although it had the typical drama storyline it was told way better than Mr. Idol. Doremifasolasido is nothing I'd watch again or recommend but at least it was better than this one and JGS was heavenly as always.)

The story then staggers into various subplots that goes from dull to brain dead horrible. Female lead Park Ye-Jin pretty much mimed Bae Doo-Na from AIR DOLL throughout the film though she plays a music executive & not an air doll.

Male lead Ji Hyun-Woo was okay considering what he had to work with. The other 3 male members of his fictional Kpop band Mr. Children were nothing more than on screen wallflowers. I know one day someone will make a great film about Kpop but MR. IDOL isn't it by a country mile.

I thought the Jang Keun-Suk film Doremifasolasido was equally as bad as Mr. Idol, but I noticed a lot of (younger) teens thought otherwise on the internet. For those that liked Doremifasolasido, they might lik Mr. Idol a whole lot more than me.

hale Sep 14 2011 4:42 pm you do realize that there is a japanese band called Mr. Children that's been in existence for years. They've done a lot of osts for movies/dramas