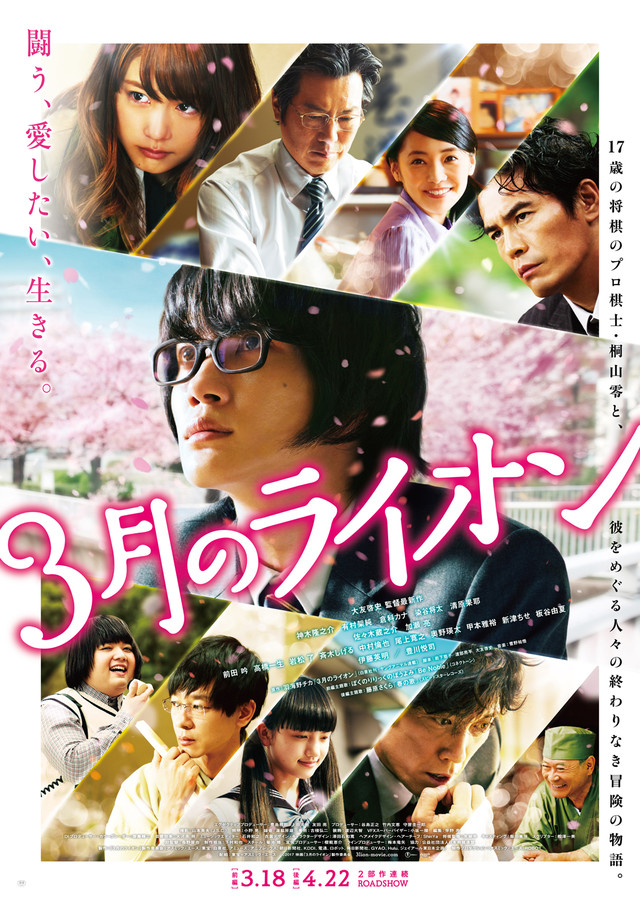 Rei Kiriyama (Ryunosuke Kamiki) is a 17-years-old shogi (Japanese chess) player. He debuted as a professional shogi player when he was in middle school. He lives by himself in Tokyo, because his parents and younger sister died in an traffic accident when he was little. One day, Rei Kiriyama meets three sisters who are his neighbors. The three sisters are Akari Kawamoto, Hinata Kawamoto and Momo Kawamoto. This is his first meeting with someone outside of the shogi world in many years. Having meals with the Kawamoto family brings warm feelings to Rei Kiriyama. As Rei Kiriyama continues his shogi career, his interactions with his neighbors allows him to grow as a shogi player and as a person.

ANIME trash Jul 27 2016 10:28 pm is there gonna be a romance in it? I'm having a Kamiki marathon overdose these days and I love it