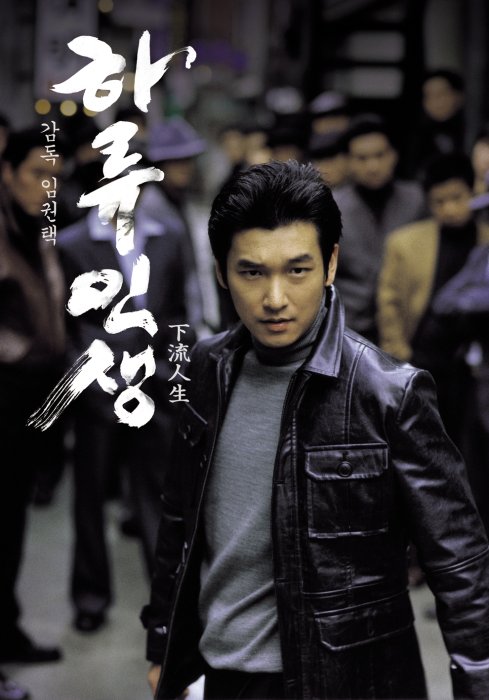 Tae-woong goes to a rival school to revenge his friend but only find himself being stabbed by Seung-moon on his way out. But ironically, Tae-woong ends up becoming adopted into Seung-moon's family after Seung-moon's father, Park Il-won, took pity on him.

In the meantime, Park Il-won is running to win a seat as in independent lawmaker in the National Assembly. On the day of the candidates' public speech, some political mobsters instigated by the opposition Freedom Party throws the whole place topsy-turvy. A gangster of the Dongdaemoon Gang hurts Seung-moon's sister, Hae-oak. Tae-woong becomes furious and chases after him. He knocks the gangster down with one punch and receives much praise from the Myongdong Gang's boss. Through this incident, Tae-woong seals his position in the gang. However, the collapse of the Freedom Party brings about the disappearance of the Dongdaemoon Gang, which was supported by the Freedom Party, and that of its rival Myongdong Gang as well.

Afterwards, Tae-woong manages his life by serving a middle boss of the Myongdong Gang, Oh Sang-pil, as a trouble-solving broker. As Tae-woong heads for to an ex-congressman's office to resolve a late debt, he accidentally bumps into Seung-moon at a rally and is surprised to see him as a college student. Tae-woong later meets Hae-ok again who became a primary school teacher. Soon after, they fall in love and get hitched.

As the new coup de tat government makes a clean sweep of organized crime, Tae-woong quits his life as a gangster and makes a new start as a film producer. Tae-woong overcomes many painstaking hurdles to complete his first film, but it all ends up to no avail. He falls into major debt and once again seeks Oh Sang-pil for help. Thanks to Sang-pil, Tae-woong lands a job as a broker for the Fraternity Club, a phantom organization that works as an illegal broker for the U.S. Army and Korean construction companies. Tae-woong comes to realize the lobbying and briberies his job entails in a merciless dog-eat-dog world that he's caught up in. Tae-woong keeps looking out only for himself, being indifferent to the torrents of Korean modern history such as the April 19 Citizens' Uprising, May 16 Military Coup de tat, and the October Constitution Manipulation. The young man that Tae-woong is only grows more and more out of control.