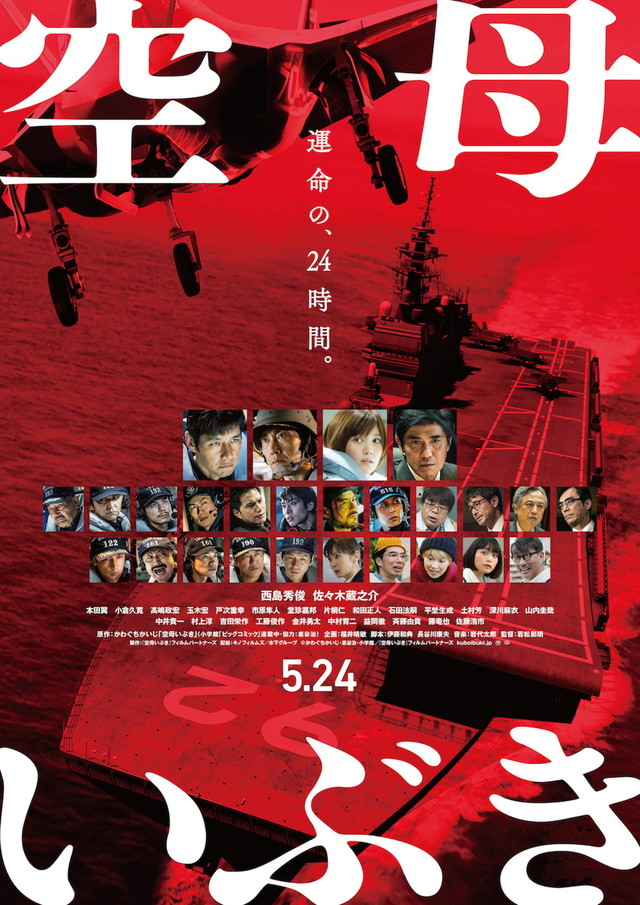 In the southernmost part of Japan, 20 fishing boats of an unknown nationality suddenly fire upon and occupy parts of the Hateruma archipelago. Members of the Japan Coast Guard are detained. Under the extremely tense situation, the Japanese government sends Aircraft Carrier Ibuki and an escort fleet to the area. Ryota Akitsu (Hidetoshi Nishijima) is the captain of the Aircraft Carrier Ibuki and Toshiya Niinami (Kuranosuke Sasaki) is second-in-command. It is now 6:23 am. and Japan faces one day which they never have before.

popcorn and coke Mar 06 2018 9:39 am Waaaaaaah a reunion for my two newest favorite male-male... Just finished watching My 99 Days With the Star like 10 minutes ago and now I see this article about them. I'm so happy. Fried tofu and Kouhei are together again. I'm a bit sad that Yoona is not in the movie but it also means that they dont have to compete again. Haha. Anyway, I'm just so happy that they have a reunion movie together!! HOORAY HOORAY (*pertaining to Yoona's cheering)...