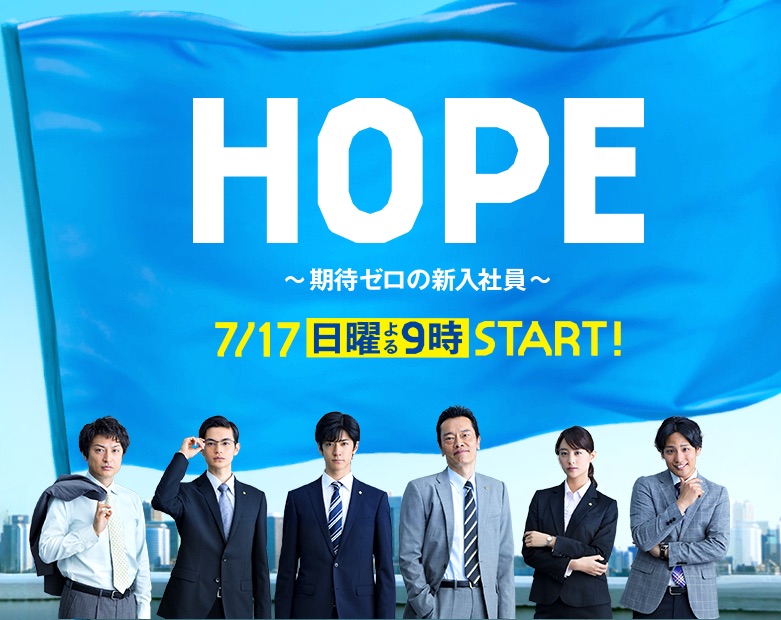 Ayumu Ichinose (Yuto Nakajima) began to play Go from an early age. He focused only on Go and dreamed of becoming a professional Go player, but he repeatedly failed tests to turn pro. He is now 22-years-old. This is now his last chance to turn pro, because of the age limit of under 23-years-old. The day before his test, his mother collapses from overwork and is hospitalized. Ayumu fails again.

Ayumu is dejected that he can't become a pro Go player and spends his days as a part-time worker. His heartbroken mother asks acquaintances to make Ayumu take the last step step of an employment test at a general trading company. The last step is a one month internship at the general trading company. Aware of his mother's heartbroken feelings, Ayumu begins to work as an intern there. He quickly becomes known around the office as an intern that doesn't know anything and unable to even make simple document copies. Nevertheless, Ayumu decides to not give up and become an employee at the company.

Me Apr 27 2021 10:19 am I'm watching this drama, probably quite late compared to the time it came out. I have never seen the Korean version so there is no comparison. I just want to say that I like this Japanese version. I'm 22 years old this year so I have sympathy with the main character. I am looking forward to other Yuto's dramas.

jiro Feb 21 2021 2:39 am I watched the original misaeng and was so hooked by Siwan acting. Im going to watch this bcs of Yuto too. Im hoping i will get the same vibe as the original.

Aya Oct 13 2018 2:01 pm Cant believe it only has 6.1% rating. This series gave me Hope. I definitely love the plot. Am totally aware that this is a remake so whoever writes the story is a genius. Yuto is as amazing as always, Kenichi Endo is totally respectable in this series. Love both of them ?

fauzi_hawking Oct 17 2016 8:51 am I just finished this drama aired on wakuwaku japan. I haven't watched the original misaeng yet, so it will be unfair if I attempt to make a comparison between these two.

I love the drama, it's so inspiring and the casts are fresh, especially for mizuki yamamoto. she looks so smart. I am into strong and smart-ish girl

Yet, I'm kinda disappointed by the ending. In my opinion Ayumu deserves a better ending by getting promotion rather than the actual ending.

yutti love Apr 28 2016 4:13 am Yey, finally! Glad to see yuto acting again. This drama was so popular in korea, so i hope this drama will get well too in japan. On top off it, really happy for yuto being lead character in this drama.