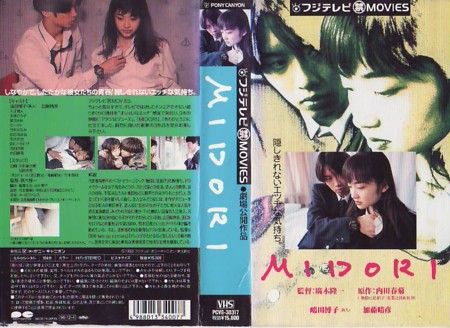 Midori is a coming-of-age drama set amongst the heady high school world of peer rivalry and sexual awakening, featuring an emotionally-detached high-school girl who, her parents dead, lives with her brother and his overprotective wife. After being sent out of class due to a dizzy spell, she becomes acquainted with Shun, a boy in the class below, in the school sanatorium. As the two begin feigning illness together on a regular basis, their uncomfortable flirtations soon blossom into a full sexual relationship. Meanwhile, Midori has been left a suicide message in the form of a video tape by a former classmate named Kobayashi. Shot just before he died, it contains incriminating accusations against his parents and teachers.