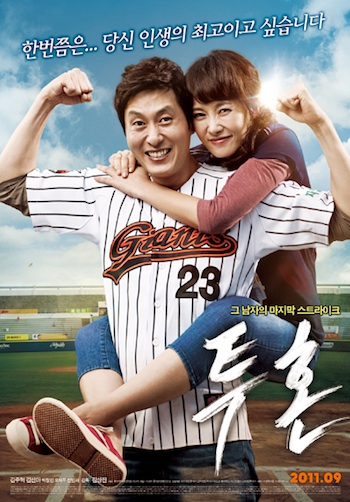 Yoon Do-Hoon (Kim Ju-Hyeok) is an extremely gifted baseball player. Some would say he is even the best professional pitcher in all of South Korea. Butm because of his immense talents he grew to have an arrogant attitude. Do-Hoon also became a troublemaker and eventually he is sent down to the minor leagues.

Oh Yoo-Ran (Kim Sun-A) is Yoon Do-Hoon's wife. She cares for her husband with love, as well as their two kids. After Yoo-Ran becomes seriously ill, Do-Hoon realizes the follies of his way and attempts to play for his wife and family ...