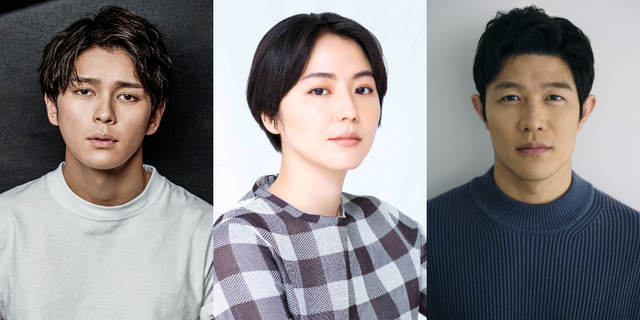 Ena Asakawa (Masami Nagasawa) works as an announcer for a broadcasting station. She has received recognition for her work and she now works in the prime time news program as an anchorwoman. One day, a weekly magazine takes pictures of Ena Asakawa kissing on the street. A scandal ensues which causes Ena Asakawa to leave the news program. She then works as the host of a segment on a late night information program. She works with rookie director Takuro Kishimoto (Gordon Maeda). He has excellent credentials, like graduating from a prestigious university, a wealthy family, and having a handsome appearance, but his evaluation as a director is low. Due to an unexpected incident, Takuro Kishimoto begins to have doubts about the guilt of a death row prisoner. The death row prisoner was convicted in a serial murder case involving the deaths of teen girls. Ena Asakawa and Takuro Kishimoto begin to chase after the truth behind the serial murder case with the help of ace reporter Seiichi Saito (Ryohei Suzuki).