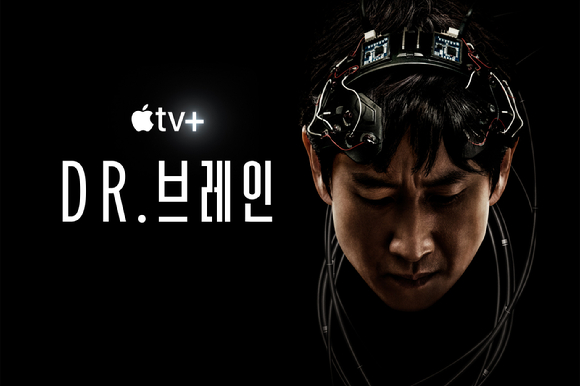 When Koh Se-Won (Lee Sun-Kyun) was a child, his mother died in a hit and run accident. He decided afterwards to become a brain scientist. He is a genius and he remembers everything he sees. 20 years after his mother's death, Koh Se-Won has become a famous Ph.D scientist in the brain science field. One day, a mysterious person contacts him and asks him to extract information from the brain of a man who committed suicide. Koh Se-Won is interested and accepts the proposal. He attempts to extract information from the dead man's brain, but fails. A couple of days later, he finds himself behaving differently and seeing things differently. Koh Se-Won looks into the dead man's case.

Jillibean Dec 25 2021 10:20 am This is kind of a Frankenstein story. Sad too, lots of people die. It's intriguing, but can get a bit confusing at times. Excellent cast though. I think it would have benefitted by a memorable soundtrack. Nothing stood out to me, and I usually love Kdrama OSTs.

Whhhyyyyyy Dec 04 2021 5:55 am Super pissed off third consecutive show where they not only killed by instead brutally murdered and stabbed and butchered jo bok raes character. When i saw him on this show i was like i am so happy bok raes role will live to end and..then.

Olapade Ayuba Nov 26 2021 4:28 pm Now that Dr. Koh Se-Won knows that Doyoon is alive, nd Dr. Hyun Soo-Jung is involved in is son been kidnap. But this movie is getting interesting episodes by episode. Waiting for episode 5 to come

Doctor Nov 13 2021 4:46 am Yet to finish ep 2 but i will be hit in the gut if the story tells at end that detective guy is dead. I have a very bad feeling that that character is dead. I feel the first person whose face was destroyed and was synced with doctor was kangmu and thats why hes seeing him as hallucination with his memories. Kmu perhaps was killed by junki or the gang which kidnapped kids , it could be that the same gang killed both these men.

Anways , show isnt bad but slow by slow memory reveals is very torturous to view as audience and to think this tortorous reveal method will go on for 6 episodes makes me miserable. I really hate the pace and every single memory reveal as each time it happens doc gets headaches and strong reaction which as an audience you have to bear at every reveal scene. Iin ep 2 first 25 minutes alone doc had 3-4 memory attacks and i am feeling by now as if its me who experienced that pain in head *rolling eyes

JC Nov 13 2021 2:36 am From Episode 2 onward, the drama becomes more interesting. It was lost between science fiction, thriller and horror genre. At Episode 2, it's storyline became more engaging.

Paroxymal Nov 13 2021 12:08 am A real shame this show is not getting much attention, even the actors themselves not promoting this show, really can't understand why. Very very disappointed, this is a damm very good , with a star cast , good story and mystery. Enjoyed both episodes very much.