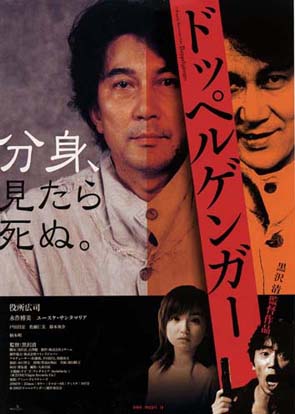 Meek scientist Michio Hayasaki (Koji Yakusho) comes face to face with his own doppelganger. He is initially able to ignore him, but the look-a-like becomes more and more insistent, until Hayasaki has no choice but to confront him. Despite being physically identical, they are frighteningly opposite in nature – where Hayasaki is quiet and reserved, the new arrival is confident, aggressive … and unbound by social conventions. The two learn to co-exist until Hayasaki’s life suddenly leaps into a downward spiral.