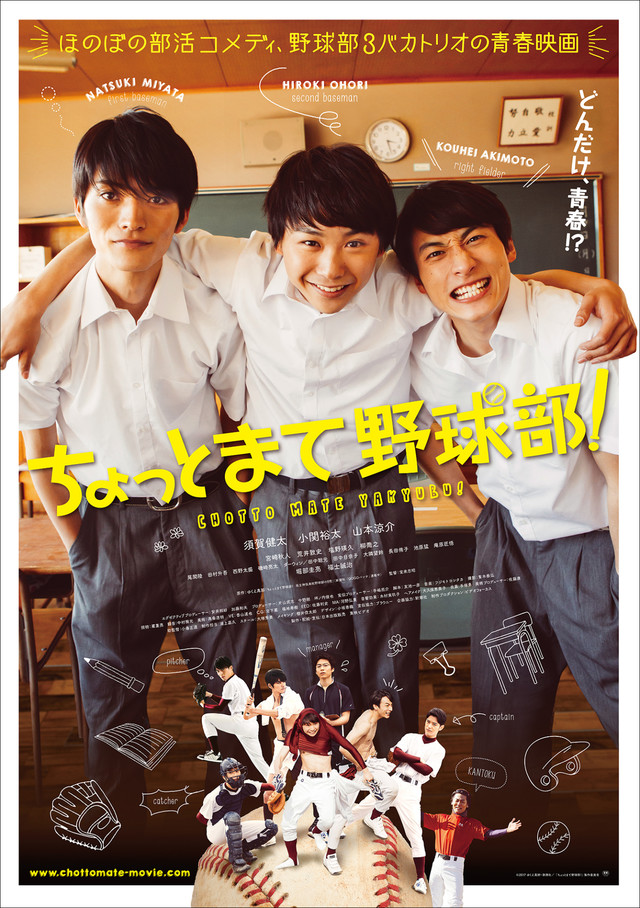 The baseball team at Kenritsu Jingen High School is an average team. A new semester begins. Hiroki Ohori (Kenta Suga), Kohei Akimoto (Yuta Koseki) and Natsuki Miyata (Ryosuke Yamamoto) are members of the baseball team. One day, Hiroki fails a test and receives a failing grade. Hiroki will attempt to retake the test and if he doesn't pass, he won't be able to part in training camp.