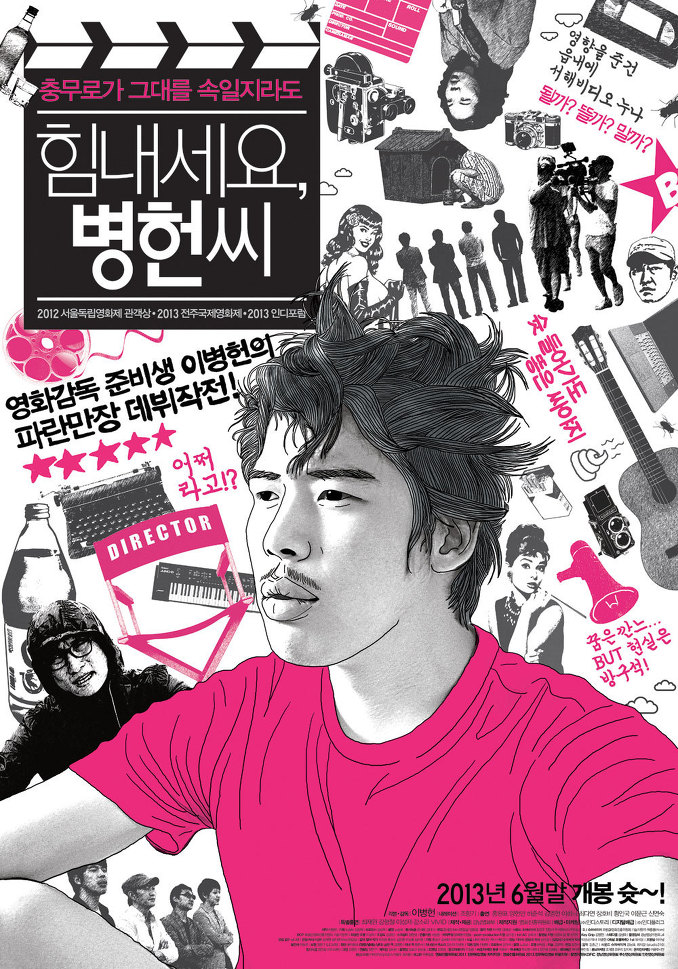 A TV station decides to film a documentary on a young man attempting to become a movie director. At first, the young man (Hong Wan-Pyo) appears to be just a lazy guy, more interested in drinking with his buddies. His script though reveals he may have what it takes. He then begins working in earnest on his first production.

Cheer up Mister Lee hits more spots than most film in the genre.

Director Lee Byung hun gives probably his finest work in terms of a heartfelt film. Where his other works like Twenty and Extreme job focused on the witty humor, cheer up Mister Lee is an outlier with adorkable protagonist who finds out he has a daughter.

And even though this movie doesn't have the director's signature dry humour, it's still a beautiful film.