If I'd Kissed Her 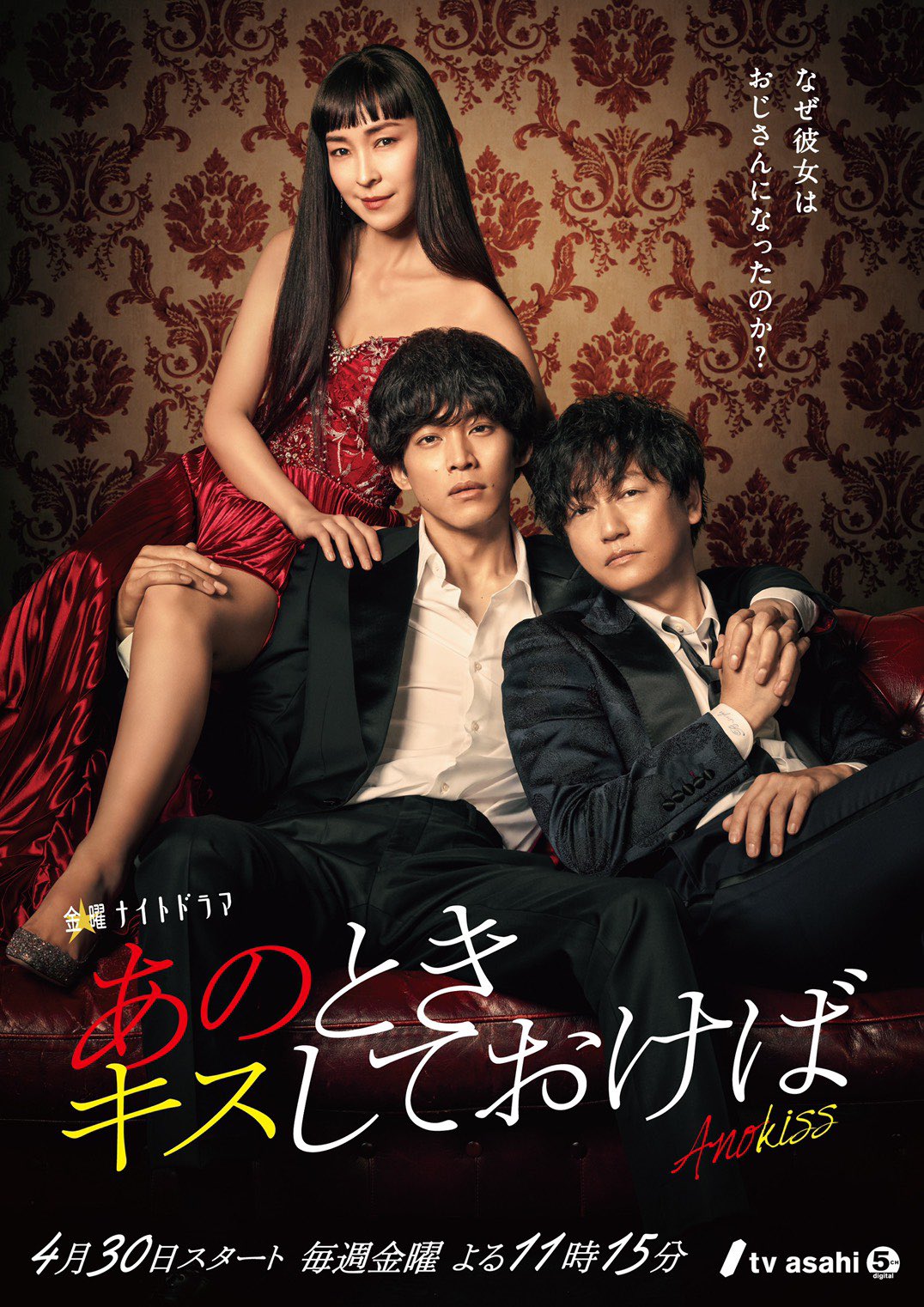 Nozomu Momochi (Tori Matsuzaka) works at supermarket Yumehana. He is a nice person and doesn't mind helping those in trouble. He also doesn't care about success and doesn't desire to date. In his free time, Nozomu Momochi enjoys reading manga at his home. One day, while he is working at the supermarket, he has a fateful encounter with Tomoe Yuizuki (Kumiko Aso). Tomoe Yuizuki is the writer of popular manga "Seika no Sora,” which is Nozomu Momochi’s favorite manga. Nozomu Momochi is a bit surprised by Tomoe Yuizuki. She seems different from what he imagined. She is rich, lives in a luxurious house, and wears expensive clothes.

Meanwhile, Tomoe Yuizuki loves her work as a manga writer. Her hobby is to attend hula dance classes and going grocery shopping at the supermarket where Nozomu Momochi works. Due to the enormous popularity of her manga, she has also obtained a lot of anti-fans on social media and regularly receives spiteful words from them. She gets tired of all the negativity. At that time, she meets her fan Nozomu Momochi. Spending time together, they become close and she slowly changes. One day, they set out on a trip to Okinawa, but they have an accident. Tomoe Yuizuki never makes it back. Nozomu Momochi doesn’t know how to deal with the sudden loss of someone he likes. At that time, a man named Masao Tanaka (Arata Iura) appears and tells him "Momochi, I am Tomoe."

Grandmalee Aug 21 2021 9:24 pm I was both frustrated and annoyed as I was watching the episodes. Yes, we all need to go beyond and behind appearances to appreciate human goodness. But would any man, not so sexually oriented, look at the Arata Iura character and feel romantically or physically attracted? Those moments are really awkward, not funny. Is this the reason why the director had Arata Iura suddenly replaced by Kumiko Aso in some of those scenes through editing? But this only adds to the confusion. How and when would the switch in souls (or whatever) in the same body occur? Only Megumi as the wife and Kayoko Kishimoto as the mother are believable characters. Tori Matsuzaka, being lackluster and over-skinny in looks, seems suitable for the role of a simple-minded, manga-loving chaser of the impossible.

Satoshizure May 10 2021 4:18 am Quite fun to watch and so funny, relatable especially if you are a weeaboo! Good for Tori to get this unique role. And ofc SHOHEI papa look is so good it's alr a solid reason to watch this!