Young Gun in the Time 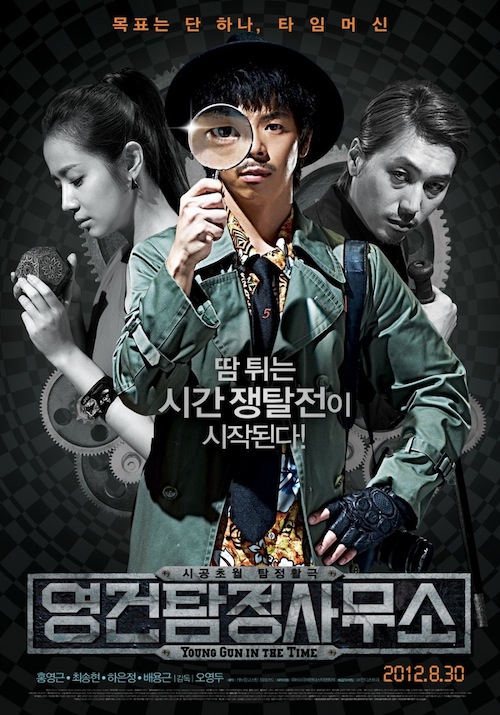 Detective Young-Gun (Hong Seo-Baek) specializes in frivolous cases, due to his money woes. One day, a beautiful woman named Song-Hyun (Choi Song-Hyun) comes to his office and asks Young-Gun to kill a man, but he refuses citing his profession's moral honor code. Nevertheless, Young-Gun is strongly attracted to the beautiful woman and follows her when she leaves his office.

Young-Gun then witnesses Song-Hyun getting killed in a car accident. He is traumatized over her death and decides to investigate her background.

Surprisingly, a woman, who looks exactly looks Song-Hyun, appears in front of Young-Gun. Young-Gun knows that the woman is Song-Hyun from 3 days in the future. Song-Hyun then asks Young-Gun to save her life and he accepts her request. Young-Gun has only 3 days to save her, but first he has to get a time machine.