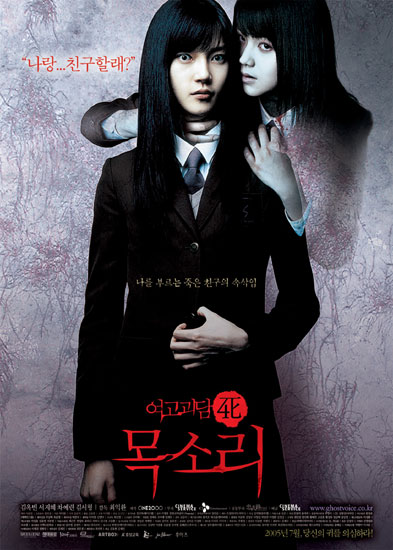 Also known by such alternative titles as Whispers and Voice Letter, this new film follows the story of Young Eon, a timid high school student who dies mysteriously while singing in the school's music room. But even in death, Young Eon's voice continues to be heard by her best friend, Sun Min. Although startled by this supernatural development, Sun Min adapts rather quickly to the situation and tries to uncover the reasons for her friend's untimely demise. But Sun Min's absolute faith in her dearly departed friend is soon shaken when a plague of mysterious deaths start to occur on campus! Are these murders Young Eun's doing? Or could the culprit be someone far more sinister?