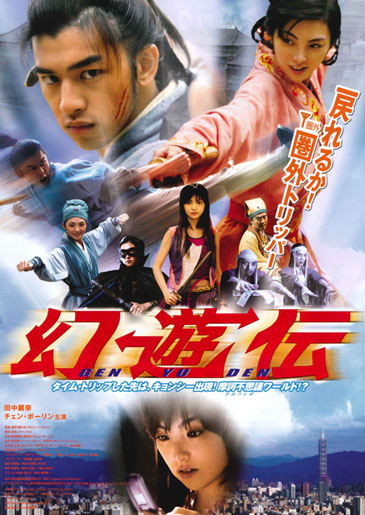 Shaodea is a Japanese girl, living in Taipei with her father. He moved to Taiwan with his wife to start a Chinese herbal medicine shop. Ever since her mother died, Shaodea wants to return to Japan, but her father refuses to give up his dream. One day, after an argument with him, Shaodea goes out with her friends. While breaking in into a museum, the girl is transported back in time to feudal Taiwan. Thinking she’s on a movie set, the girl gets involved in a bank robbery and soon has to run from the authorities. She teams up with Haishon, an attractive young man who became a thief to save the economic crisis of his hometown. Together with a Tao-master, who is transporting 2 zombies back to their ancestral lands, they set off on a fantastic adventure.