Difference between revisions of "Tomie: Revenge" 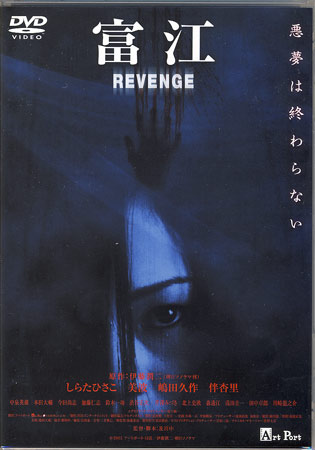 While driving down a mountain road at night, Kazue accidentally runs over a naked girl. The girl gets up as if nothing had happened, and runs in to the woods, leading Kazue to an abandoned mansion. Inside Kazue comes across a different girl named Yukiko. Wrapped in a sleeping bag and near death. She takes her back to the clinic.

One year later, a Federal Investigator visits Kazue and inquiries about the naked girl in the woods. He explains the "Tomie Incidents" to her. He finds that there is a murder whenever Tomie appears. There are no autopsy records because her corpse doesn’t exist. Tomie's cells take over other people's cells and she inhabits their bodies to regenerate herself. After that, she starts her ritual revenge plan.