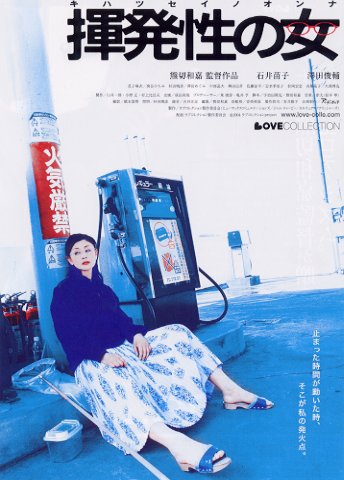 Widowed young, Masuda Etsuko runs a small-town garage/gas-station on her own. Nervous bank robber Sawada (he keeps throwing up when stressed) enters her life pretending to be a customer, and takes the meagre contents of her till at knifepoint. But his getaway is thwarted by the appearance of a cop on the forecourt, so he hides in her backroom and ties her up overnight. This turns out to be the start of a bizarre "odd couple" relationship, in which they alternate between attacking and wounding each other and dressing each other’s wounds. As advertised in the title, Etsuko’s emotional volatility (rooted in her possessiveness, which the script links with a passion for butterfly collecting) has a major bearing on the unexpected outcome.