The Night of Whirlwind Restaurant 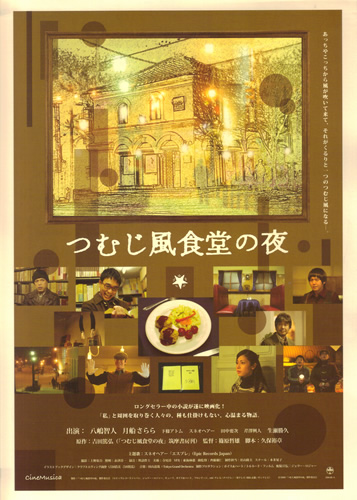 Night after night, eccentric regulars gather at a quaint eating house located in the corner of a crossing in Tsukifune-cho. They include an old bookstore owner called “Master De Niro”, a young fruiterer who wishes to go to Irkutsk, a talkative hatter, and a struggling stage actress. “I”, an unspectacular man, is forced to buy a “double spatial migration device” and a book titled “The Strange tale of Thousand and One Red Pepper Night”, talks about outskirts of the universe, reminisces the “espresso machine”, and is asked to write a play. Gradually, these little events make “I” face his past and future. -- Tokyo International Film Festival