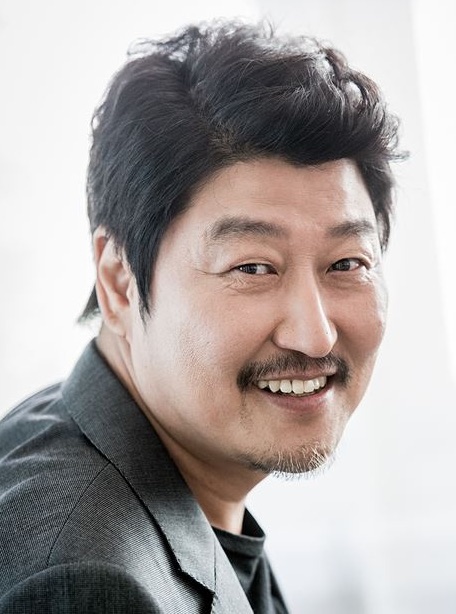 Song Kang-Ho first worked in plays entering a troupe. And started working in film as supporting actor and minor roles that most people even couldn't notice. He caught his break through chance in 'Green Fish' as a supporting role with major impact. In 'No. 3' he actually created a syndrome from his role, when people started imitating his acting. He has always considered how sincere the director's message is portrayed within the film, and is now known as one of the best character actors in Korea.

Daniella Jun 13 2020 5:10 pm @Dafuqboom; Hey! Not sure if you're aware but Korean movie/film actors are on a different level. These Chungmuro film actors are way different from the KDrama actors that you see. Song Kang Ho has several critically acclaimed movies and not all are with Director Bong Joon Ho. There are many film actors who don't do dramas because it's very time demanding compared to movies even if it takes months to film. It's not because he doesn't like it. Maybe he wants to do a drama but isn't interested in the scripts that are being offered to him?

Dafuqboom Jun 08 2020 8:13 am What's up with this actor? I feel like he's overrated because he films mostly in Bong-Joon Ho's movies, and they mostly are the only ones that have a western recognition. Haven't seen him in any kdramas which is pretty sad, and has a little feeling of elitism and snobbishness which I dont really like, because probably he was considered to film in some and probably told like "I dont liek kdramas I ain't filming into them" or something. Correct me if I'm wrong.

Joe Aug 05 2019 3:55 am Excellent actor from South Korea, he can make you watch his movie even when the viewer is not fan of the genre. I hope he gets few action, thriller, mystery genre movies.

Jim Smetana Jun 28 2019 12:21 pm Mr. Song is a first-rate actor. He reminds me a little of Hollywood old-timers like Henry Fonda or Robert Mitchum--guys who get the job done without a lot of actorly tricks. Not surprised he was cast as King Sejong. Mr. Song always "brings it".

Sagar Sonawane Jun 26 2019 2:26 am One of Greatest actor of all time... Love his movies. His acting feels very realistic. May you live long and healthy life. Love from India. ??

Carol Maloney Mar 27 2017 9:33 pm Superb ...brilliant...riveting performance in The Attorney. Deserves every award he could receive. I will now look for and watch everything he's ever been in.

Josephine Oey Jul 30 2016 1:51 pm He is there but he's never been there. That's how Mr. Song changed his character everytime he was cast in a movie. A mindless and slow thinker father in "The Host", impatience and rude detective in "Memories of Murder", smart and full of responsibility soldier in "Joint Security Area." Brilliant Actor! Definitely will continue watching all his movies,...

Chloe Feb 07 2016 3:51 pm Sir: You are such a natural and credible in your roles!!! I'm absolutely awed by you!!! You are charismatic and lovingly charming!!! When you're bad, you are very bad...when you are good, you steal hearts!!! You are one awesome talent!!!!

Cam May 08 2014 2:45 pm Song Kang Ho is simply genious. His acting is so moving and real.His last movie -The Attorney- I cried a lot. He can interprate his characters perfectly. 송강호님, 최민식님...최고에배우입니다. 존경합니다.

daisy Aug 03 2013 10:12 pm This man is Korea's treasure. He really knows how to pick his projects and he's an amazing actor. I can't wait to see him in Snowpiercer.

Steve Aug 02 2013 6:54 am As an American I just recently got into Korean film (after lots of convincing from my movie buff friends.) After seeing Sympathy for Mr. Vengeance I knew there was something special about Song Kang-Ho. Then I saw The Host, then Thirst and most recently The Good The Bad The Weird (which I had more fun watching than anything else in recent memory.) This guy I'd extremely talented. He can make you cry, he can keep you on the edge of your seat and sometimes he can make you roll on the floor laughing! He's just an absolute treasure to watch and I can't wait to see him in Snowpiercer this year!!

gyalbaa Mar 18 2013 4:52 pm they should give him more awards for his amazing works. yeah one of the best of bests

CICI Feb 26 2013 11:26 am Mr. Song Kang-Ho, I just watched "Secret Reunion" and I have to say you were excellent! You brought so much life into the character that you made me laugh and...cry..or..sitting on the edge of my seat. You have become one of my favorite actors to watch. Much success in the future.