Difference between revisions of "Secret of the Birth" 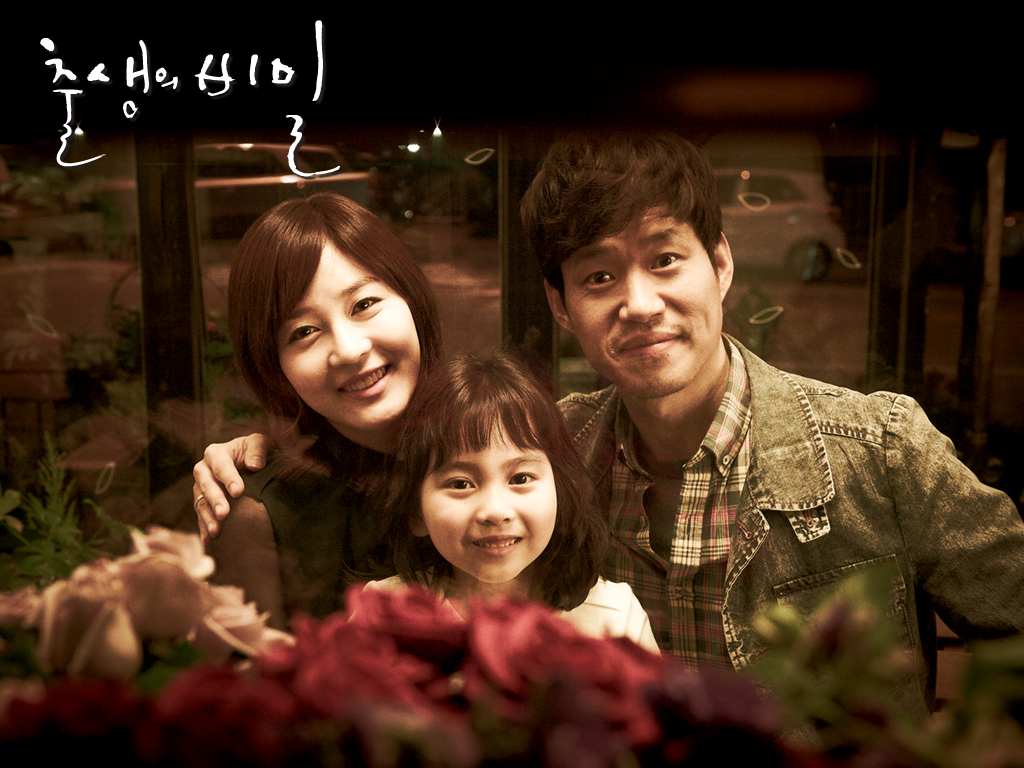 "Birth Secret" tells the story of a woman, who lost memory of her lover and her child due to amnesia, and a man (Yu Jun-Sang), who sacrifices everything for his little daughter Hae-Deum. May Oct 02 2017 9:08 pm As I watch the drama, even though the theme is quiet okay and fun to watch, I find Sung Yuri's character a bit irritating,selfish, impulsive and predictable, the writer shouldve balanced both characters to be more likeable and charismatic but it was too obvious, they're too extreme and the scenes are predictable due to the poor character making, plus the rich musician reckless son, such a cliche.

Sandra Jul 07 2017 10:50 pm This drama just gives off the best,the acting,the story, everything is just delivered awesomely. I enjoyed every episode ❤❤❤❤❤❤❤

Nali Dec 19 2015 6:55 pm This drama is awesome. Great storyline and the child actress is formidable at acting. This drama deserves higher ratings!

kai May 31 2014 2:37 am i think the best part of this drama is the plot..or screenwriter or what. I like how they flashback little..and little..

Ree May 12 2014 3:56 pm It seems to be an ok drama. One thing that I didn't particularly like is that Hong Gyung-Doo is portrayed as a simpleton during his teens but becomes more like a mentally challenged person during his adult years. Otherwise excellent acting by the leads. While I like gyung-doo's character, I hope they give a reason for him becoming like this.

That being said, he does put in a much more refined performance than many "pretty boys" nowadays.

I only wish they were more scenes with the kid who played the young yi-hyun. She seemed to be a scene stealer like Cho Jung-Suk in The King2Hearts.

Gri Feb 06 2014 11:18 pm Haaaa ... don't understand about Korean taste about drama. There are many good dramas that underrated. On the other hand, the high rate dramas become popular because of the actors/actresses are idol and the story is about teenage love ... oh my That makes me sick sometimes.

Clarkdale44 Jan 14 2014 10:47 am Yeah... That was some story.. I am impressed with Sung Yu-Ri, she did a tremendous job in this while Yu-Jun-Sang doesn't seem compatible with the Yu Ri so far till the end of the series... Maybe its due to the role of the fictional character. Although Hong Gyung-Doo is kind hearted and a man of honor, still it would be more better if Gyung-Doo's character had been played by some other actor who is more mature.

WARNING:- Don't read further if you have yet to watch the drama: Well although Gyung-Doo's character is a bit down, he managed to improve throughout the series... That is what made me continue watching it. I hated the fact when Jung Yi-Hyun tried to take away the only thing Gyung Doo has, his daughter. There were few complications in understanding whether Yi-Hyun recovered her memories from 1996-2006, they only showed few parts of her father with her. I am guessing she got back all.

Well anyway i think its nice drama, i would recommend it to all.

I will give it 8/10(For great casting by Sung Yu-Ri, Great cinematography, great direction, great plot). Final line is i enjoyed it very much..

Although he has a good heart, he's so stupid and unrefined, I find it very dismaying when he tries to win Jung Yi-Hyun back. Typically, in most romantic dramas, you want the two romantic leads to finally unite, but I definitely don't feel that way about the Hong Gyung-Doo character.

I think the story and writing is seriously hampered by this choice, to make the Hong Gyung-Doo such a dumb guy..

I'm currently on episode 5, so I don't know how the story turns out.

I'm not sure this story really works for me. Even though the actor Yu Jun-Sang is fairly good looking, the character he portrays, which is a stupid and somewhat buffoonish man, I find to be fairly unattractive.

Typically, you want the two romantic leads to eventually end up together, but as I'm watching this, I find myself wincing and hoping that they do NOT end up together at the end.

I don't think it's believable that the Sung Yu-ri character would ever have been attracted to the Yu Jun-Sang character -- even though he has a good heart, he's just too stupid, coarse and buffoonish. I think this reflects major flaws in the writing.

Think about this way -- there's a very reason why there are essentially no romantic movies/dramas where the leading man is stupid -- no one finds this an attractive quality.

In any case, it's a MAJOR turnoff for me and I think the script should probably have undergone a total rewrite to make the Yu Jun-Sang character more attractive to the audience..

Nyca Jun 27 2013 8:28 pm This drama is totally under-rated. The actors are really good in their performances even the supporting cast. The story is so moving, I can't count how many times I cried. The separation between the parent and child is really heart breaking and you just can't stop admiring the heart of Kyung Doo. I am very thankful for the writer and staff. This is a must watch, a really great family drama that will make you laugh, cry and remind us the power of love that a family can change a person.

Waves Jun 24 2013 3:33 pm Kal So Won is only 7 years old but she really stole the show. She plays Hong Hae-Deum's character really well. It's heartbreaking how she has to give up her father who is everything to her, and accept a mother who has been a stranger.

Piera Jun 14 2013 2:13 pm Isn't everyone tired of seeing "pretty" idols who are still wetting their acting teeth? Give me Yu Jun Sang any day. He is the epitome of "wonderful" when portraying any and all emotions and manages to always me along with him. He is not a "teased hair, mumbling, starry eyed" idol, but he has the strong acting chops and the versatility it takes to remain in that industry for as long as he has. His bio is outstanding: he sings, he writes, he does theater!!! I'll watch anything he does and follow him on any journey he chooses. He is my "mature, grown up idol."

Dede Jun 06 2013 11:50 pm I am American and am curious as to the difference between an "idol" and an actor. Is there a distinction between the two and does an idol draw a larger audience over an actor even if the idol cannot act.

chiara Jun 06 2013 10:56 am It's a good drama. The low rating must be because there are no idols as leads. Im still trying to get used to looking at the different appearance of Yu Jun Sang.

Dede Jun 05 2013 9:24 pm Underrated pretty much because it up against other popular dramas. The ratings seem to forget that dramas can be taped and watched later. So far I am intrigued. It's a good change.

Fatma Jun 04 2013 8:17 pm Birth Secret is really an interesting drama, different from the others. I can't believe why it's underated. I'm await for the next episodes impatiently. Thanks Asianwiki.