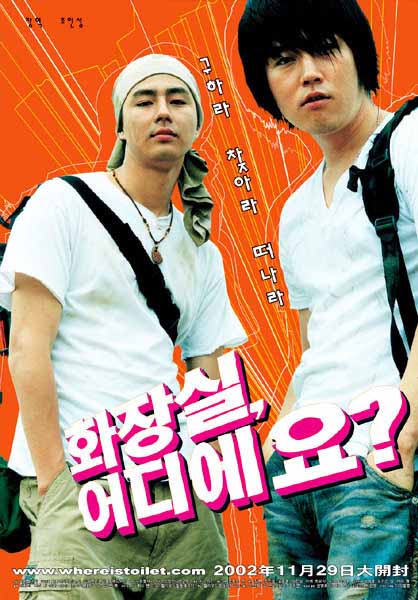 The protagonist Dong Dong was born in a public toilet, which led to him being given the ironic nickname "God of The Toilets". At age eighteen, he's now faced with the imminent death of his grandmother who found him and raised him. Meanwhile, his best friend, Tony, is about to leave town to find a miracle cure for his sick brother.

In another surreal strand of the film a girl comes out of the sea - she claims to be some type of mermaid, although we don't see any fins - to live in a portaloo in Pusan. Another character who is laid out flat in hospital with a terminal illness (death is another of Chan's preoccupations) has to crap through a hole in his bed, while another sickly character needs help going to the toilet on the train.