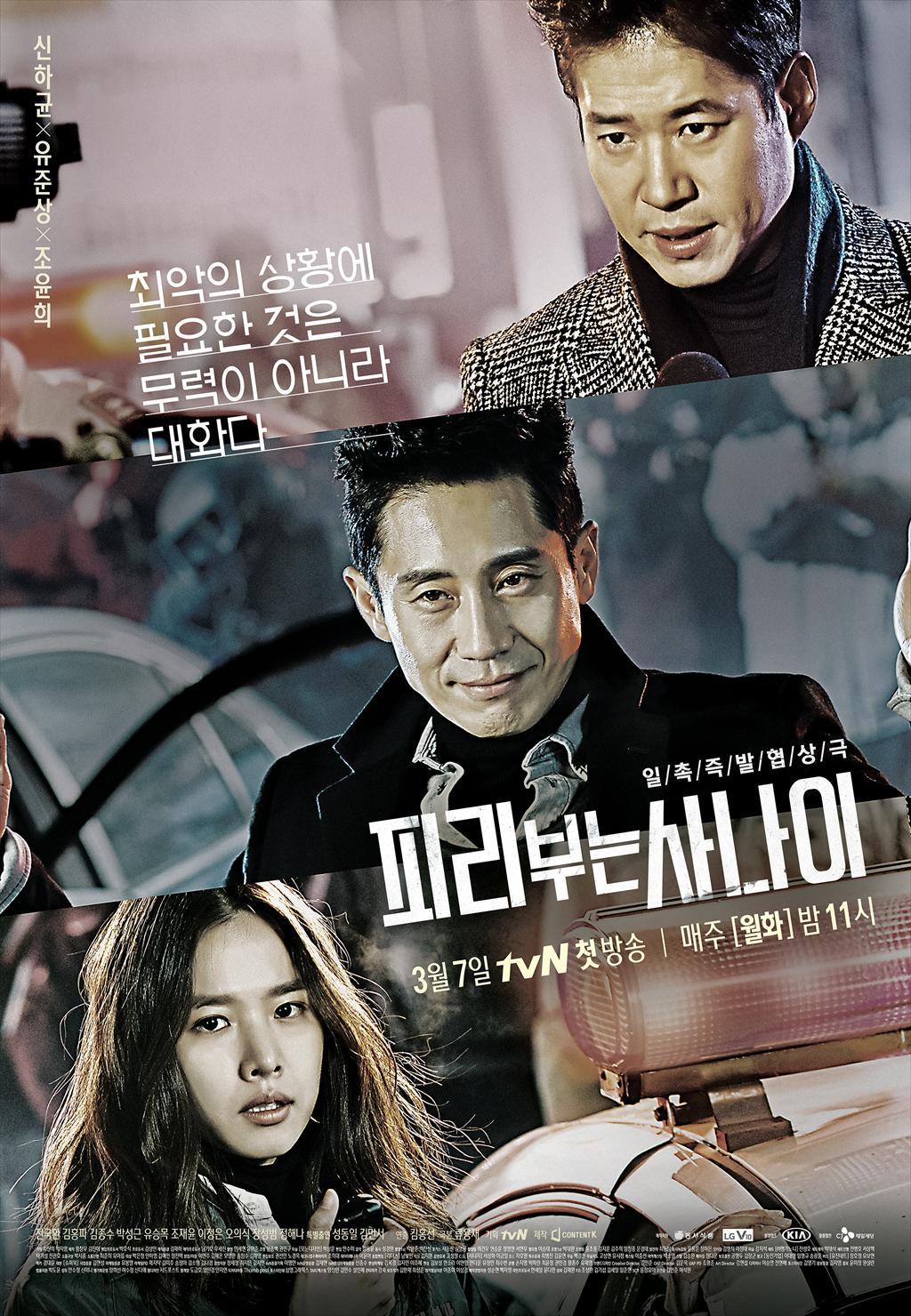 Mememe Jan 07 2020 10:46 am One of the best crime / thriller k-dramas out there. The ratings definitely don't do this drama any justice at all.

lelouch Oct 23 2017 10:30 am came here when searched for similar ones like secret forest(Stranger)

Mblaq-MadTown ^^ Aug 05 2017 7:51 pm excellent 100% recommended i think this drama is very underestimated,very well all the actors special mention to Lee Shin Sung -Jung Soo Kyung his name does not appear on this page and he did it too well,TVN has been doing very good dramas in general cable channels are doing their job well

Mawiii Jun 22 2017 5:32 pm I am seriously fan of KDrama and this kind of genre was not my type but recently I kept on watching this because its on TvN nowadays. I want to say is that this show was really quite creepy and terrifying but still I tend to watch it weekly when its on TvN. Now it ended already and this story really makes a mark for everyone cause it shows some view on what is really happening in the government. Its all about power and there where only few who wants to fight for the right!

gasenadi Feb 06 2017 5:46 am Woefully underrated, Pied Piper treats some very important themes with suspense and mystery, keeping me on the edge of my seat to the very last minute. I truly appreciate this kind of writing (the writer of Liar Game and Time Between Dog and Wolf!), directing (the PD of Liar Game, Voice, Hero, AND Warrior Baek Dong Soo, for goodness sake!) and acting. All the cast was at the top of its game, including, of course, the inimitable Shin Ha-Kyun. AND the brilliant - though missing from the credits here in Asianwiki - young actor, Lee Shin Sung, the Pied Piper! This is MY kind of drama and I appreciate it immensely.

nili Jul 26 2016 1:36 pm the first 14 episodes were great. among the best dramas i ever saw. the ending of the 14th episode couldnt be better. alas, they continued to ep 15, 16 and actually shot themselved in the leg. the drama should have ended in ep 14. why? why? why did u continue and ruin everything? this us called scoring ur own goal. what a shame

balkan girl May 23 2016 12:48 am I watched episode 1 so far. They shouldn't speak English if they aren't able, it just sounds phony and gives the drama a bad look from the very start. Which can make people turn away from watching it further. But I have faith and I'll keep watching because I'm intrigued about who the mastermind/the pied piper is. It made me look through the internet because I had not known the story until now. And since the director and writer are the same as Liar Game, it makes me definitely watch it!

강토미 May 09 2016 11:06 am This drama is great but the staff seemed really tired, I mean... if you check the last episode or so, when the Chairman takes "Pied Piper" to the Negotiation Department with the cuffs on, when his subordinate hits anchorman, he falls to the ground and the cuffs magically disappear, but when he gets him up again the cuffs are there... is just laughable to make such a obvious mistake. Anyway, I enjoyed the drama pretty well, it was kind of good though the ending was a bit too... lame.

Sumit D May 04 2016 5:56 am This is a very good drama, I don't usually comment but i think it deserve the comment. Well if you think this drama is one of all time great then u r wrong its good but not great, its underrated according to me. First of all story is pretty good, it start a little slow but pick up the pace in later part. The cast and acting is overall good which don't really matter to me but matter for some people. Pretty good thrill and suspense background music is great. Overall a very good drama.

In the end i would say this show has one of the satisfying end i ever see. After watching last episode i thought "oh.. this is nice ending".

Supersnazzy Apr 28 2016 1:28 pm Just some advice please read about pied piper before watching this drama because you probably won't understand what its all about especially in ep1.

Overall this is a very good drama i highly recommend.Amazing plot and also brilliant scripts.Daebak

LB Apr 20 2016 4:00 am Kuno, Lee Shin Sung (이신성) is who plays Jung Soo Kyung (you may have seen it spelled Jeong Su Gyeong or similarly)-the New Town Development victim who was a special forces guy (with the assault rifle and so on) and who apparently can take on a whole SWAT team with his fists and feet ;)

jube Mar 24 2016 10:36 pm pretty exciting even after one episode, hopefully no more overseas scene or english speaking. too bad they had to get rid of sung dong il's character so early, he is a good actor.

jube Mar 24 2016 9:14 pm just started watching, love tvn dramas in general. but crinch when they try to speak english in a korean drama, or when they portray koreans having overseas influence. in real life, they probably wished they had a character like joo sung chan back in 2007.

Lily Mar 22 2016 7:36 pm Such terrific actors promise a compelling series. I'm halfway through episode 1 and am hooked by the story possibilities.

A Mar 22 2016 6:49 am This is a must-watch! It may not be as thrilling as Signal, but its concept and storyline are just as interesting. People need to realize how media can be more damaging it is than helpful in broadcasting crises amidst negotiations.

kuroi-himitsu Feb 08 2016 10:24 pm Wow I can't wait to watch this. I'm glad Shin Ha-kyun accepted the offer !!!! I absolutely believe that he will turn this drama into a masterpiece ^^