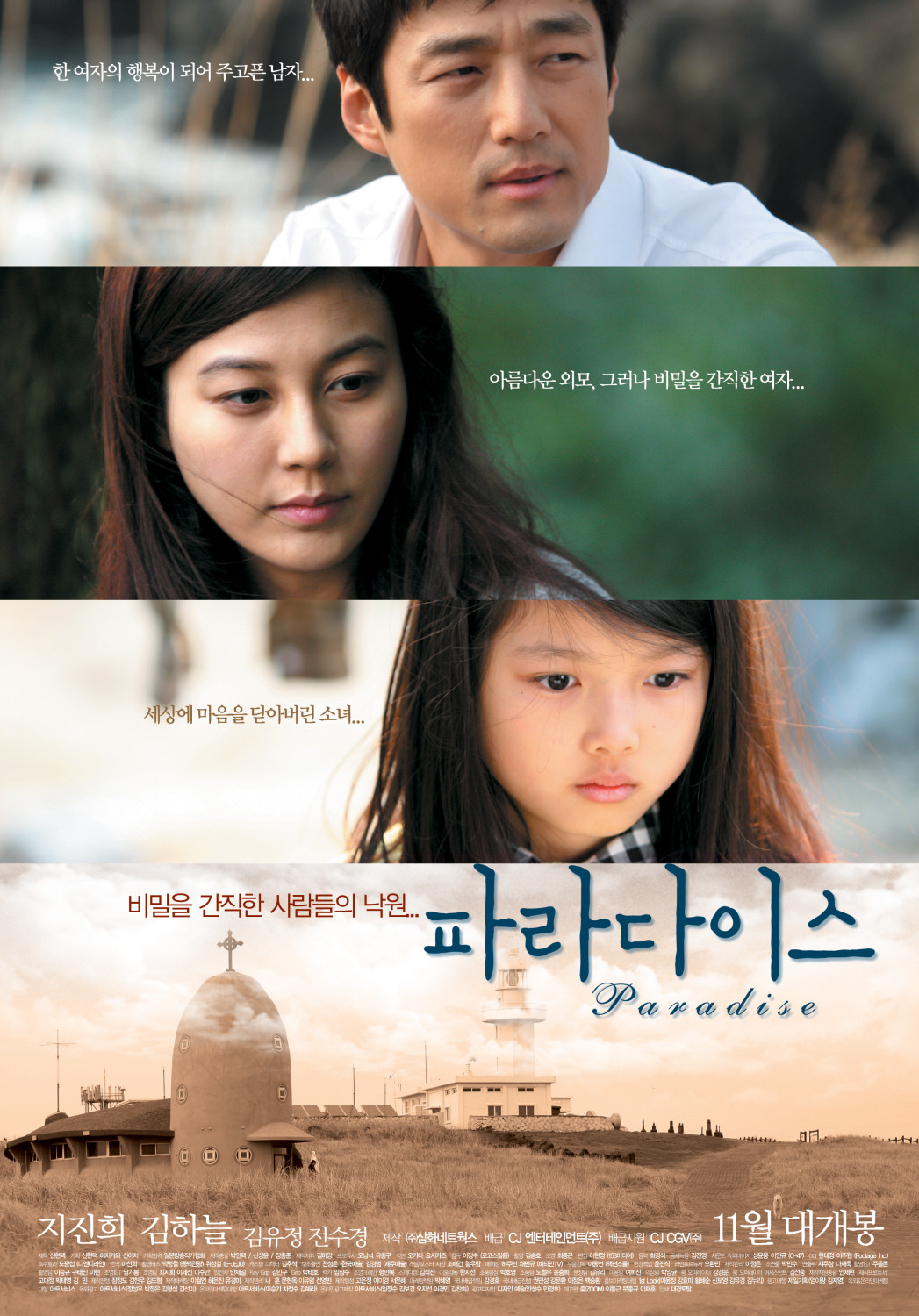 Mi-Kyeong (Kim Ha-Neul) is just released from prison. She is a stranger to the outside world, having no home or family. She decides to take a train and head south. While on the train, Mi-Kyeong notices an advertisement for Hana Island. The ad portrays Hana Island as the last paradise on Earth, with lush trees and beautiful sunshine. Mi-Kyeong then decides to visit Hana Island.

Once Mi-Kyeong arrives on Hana Island she is immediately disappointed. The island is desolate and appears far from any type of paradise. Nonetheless she takes a job in a cafeteria on the island. She then meets Il-ho (Ji Jin-Hee), who works as an elementary school teacher. He has a pure character and makes a favorable impression on Mi-Kyeong.

On the island there is Hwa-Ran (Kim You-Jung) who is a kid always hiding in the mountains. She blames her mom for always bringing strange men to their house. Mi-Kyeong has had a similar past as Hwa-ran and befriends the young child. There is also Ah-ram, who listens to the same songs all day, while recounting her sad memories. Lane John Sep 14 2014 9:29 am I would never know the story all about until i search the plot on Google. For past an hour, still i can't find the point of this movie. I think there's a bit mixed up. I cant find the genre of this movie. And i think its kinda boring. Tq

Nancy Oct 19 2013 10:04 pm I really enjoy this movie one of my fav actresses here Kim Ha Neul,the story, the actors really good, the song, am listening right now. A must watch kmovie ;)

emmy j. mallari Mar 07 2013 6:28 am hi, glad to find more movies and dramas featuring Ji Jin-Hee. I love his acting and really liked him in Spring Days. This is why I am now looking forward to watch more of his works.

Where was the location shooting of the movie done? It is a very beautiful place. Is this in Jejudo?

thanks and hope to see more of your posts.

Carla Lomocso Jan 22 2012 10:00 pm ohh god!im dying here cause im trying to find the title of the song that ah-ram always wants to listened!can you tell me what its title and who sang it? thnx :)

Sly Sep 01 2011 11:29 pm This is the only film I wanted to watch again immediately after seeing it the first time. Perhaps because the scenery and great cinematography really nailed it for me. The Hana Island (Paradise Cafe) isn't really beautiful per se, but that's why I love it, it's not super beautiful yet breath-taking when magnified (like the cliff scenes that remind me so much of The Count of Monte Cristo, night scenes in the woods, and specially that gorgeous TREE). It reminded me as well of a tree trunk picture I posted before on tumblr ---> http://thequestforacatalyst.tumblr.com/post/3104421965, I love nature and sea-side scenery so if you're like me, you would truly enjoy it. The story is strong too, however patchy editing were clearly noticeable (I think Il-ho should read the letter longer before running away to justify his dialogue when talking to Mi-Kyeong in the latter part of the film. Also, Kim Ha-neul's hair wasn't moving as much as it should be when telling Ah-ram her real story as it was a cliff-side scene and it was really windy there. I love the film overall, I initially watch it because my fave Kim Ha-neul and old crush Ji Jin Hee were cast in it but was really surprised how good it was that I watch it again the next day. More so the most surprising cast for me was the little girl Hwa-ran played by Kim You-Jung, this girl is extremely talented actress much more than Moon Goon-young I think, and just found out that she was the girl in The Chaser and Sympathy for Lady Vengeance. I only see few episodes of Road No. 1 and didn't immediately recognize her from there, btw she also played the young Su-yeon, adult Su-yeon being played by Kim Ha-neul in Road No. 1. The constant symbolism of Mi-kyong and Hwa-ran were portrayed well by great casting. A story of redemption, sure, but more so I love to see that a paradise can exist literally in this world...be it in a person's self growth, people around you or just a perfect imagery of nature.