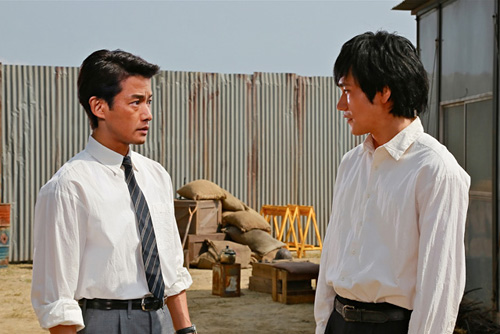 In the summer of 1964 two arson cases occur in succession in Tokyo. The Tokyo Olympics are soon to begin the city. The first arson case took place at the residence of Shuuichiro Suga (Ittoku Kishibe). Shuuichiro Suga heads the security staff for the Tokyo Olympics. The second arson case took place at the police academy. There has been little mentioned about the fire cases due to a gag order.

Several days after the police academy fire, detectives from the Tokyo Metropolitan Police Department gather secretly. Minoru Tamari (Ikki Sawamura), who is the section chief of investigation section 1, and Seiji Tanaka (Ren Osugi), who is the deputy section chief, announce that 2 days prior to the fire at Shuuichiro Suga's residence, the superintendent general received a threatening letter. In addition, a threatening letter was received prior to the police academy fire. With the Tokyo Olympics coming up, the detectives launch a secret investigation into the arson cases.