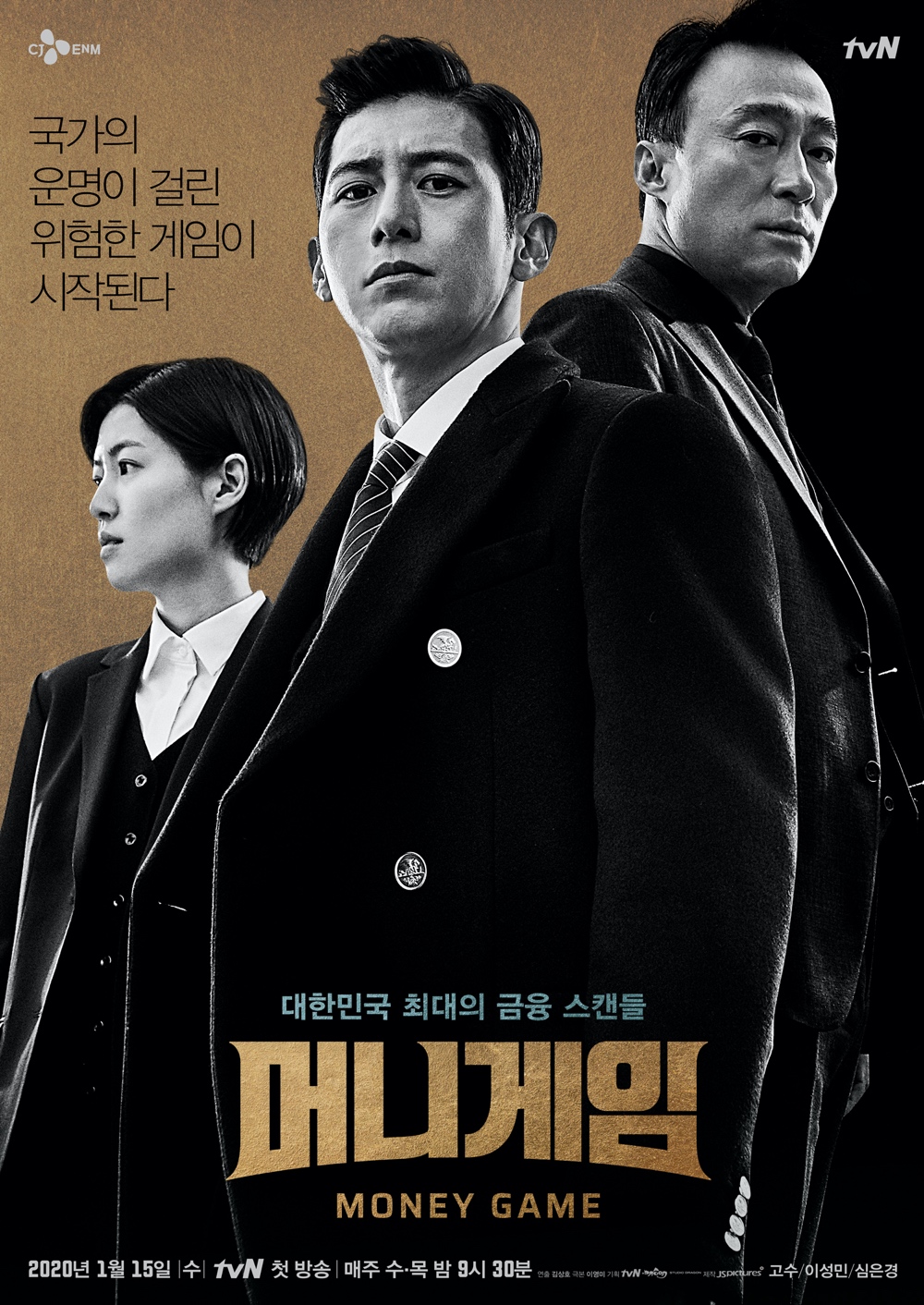 Lee Hye-Joon (Shim Eun-Kyung) begins work at the International Finance Bureau of Ministry of Economy and Finance. During the Korean Financial Crisis, she was only an infant and her family struggled through that time. She dreams of owning a building.

Ms. L Feb 20 2020 10:44 am I was curious about how korea's solve their economics problem at first. But then, he came up confidently. Eugene Han. What a real man like most girl dream about. :p. Now, he was the reason why i curious to death bout how this is gonna end. Really wish that director put one or two romantic scene between Han and Ms. Lee :). Gosh, i wish his not a gay.. :D

bingbing Feb 16 2020 7:43 pm Reply to @someday in my opinion, the villain character (Heo Jae & Eugene Han) in this drama really stole the show..starting episode 10 we can see the battle is about Heo Jae & Eugene Han...strategy shootout. Every Wednesday I really not focus at work...excited for the episode trailer that release at evening...

Reply to @BalQis We knew Kviewers really love lovey dovey Kdrama..Crash landing on you ratings surpass Goblin...but i really not care about the low ratings..and i believe the writer of this drama also aware the drama she wrote only targeted minority segment.

someday Feb 16 2020 10:42 am This is the only one that I wait for week by week. It's very great drama and very interesting. I'm afraid that the bad guy like Eugene Han will be more popular than other main leads ..hahaha.

BalQis Feb 14 2020 11:28 pm I look forward to every episode. I also don’t understand the low rating. It’s a worth watching drama to me. Everyone have a very strong character. It is a serious drama, that’s why. Rating only goes up for a mellow love story drama. I love ‘Money Game’!!

bingbing Feb 14 2020 10:45 pm The plot..the story line not boring at all..it was very intense..i am one of the viewers who do not see rating as my reference. This drama educate you...i'm not lying...i dare to say this is one of the great drama produced by tvN after Signal and Misaeng. For me Heo Jae is not a murderer..i see him as patriot.. a nation patriot! never trust an assemblymen! Assemblymen njoying luxury lifestyle with people's tax money!

Abyss Feb 14 2020 8:04 am Honestly, really enjoying it. Every episode ends on a cliffhanger - sometimes it's great to have things that are predictable (the uncle and the backlash hitting Hye Joon) and then the fresh twists (the uncle actually having the guts to reject Eugene's offers).

I also appreciate that the show, even though it's technical, tries not to dumb down. The core is in economics, that can't be watered down for the drama. Still, I'm not complaining about the Hye Joon-Eugene line going on.

Icha Feb 13 2020 10:23 am I would say this drama brings new genre, all the unpredictable plots, the lines were heavy but attractive, eye opening for new knowledges for those who knows nothing about economic like me.

Nana Feb 12 2020 9:06 pm Eugene Han is falling for Hye Joon, the way he’s hiding behind the plant and follow her secretly is so cute

Inmyheart, dr Jan 30 2020 7:57 am The rating is a little low. Maybe it’s related to economics & finance. The overall perception is that the story will have a heavy & complicated storyline. But in all honesty, the story is really good. Maybe for the first 3 episodes, the financial & economics’ jargons used took time for audience to understand but the lead & supporting actors in this drama are truly good. The first 3 episodes were utilised for character & story development. However i assure you that episode 4 was really something. Shim eun kyung was awesome. Her acting experiences had made her wear & consume her role perfectly. It looked like she was a minion in a big & prestigious public organisation to be trampled upon. Looked down upon & discriminated bcos of her background & acad qualifications, she persevered & had a stone/steel like face/expression as a survival facade in the big O. However in ep4, even with faceless expression when facing her predicaments, she drove me to tears... That is what i call ‘good acting’. Lee sung min as expected is always ‘cool good’. I totally expect it from him after watching his superb acting in ‘misaing incomplete’. While Ko Soo & the other casts too simply great. So please dear people....give this a try, give this your time... A rare gem it is.. Money game.....fighting....

Gabriel Jan 24 2020 6:01 am It not easy to understand...but so interest at the same time... So i still watched this drama...Fighting for all cast and crew

bingbing Jan 23 2020 8:02 pm highly recommended to watch this drama...i knew the topic is an economy..its a complicated topic. But even if you don't like the drama topic you can focus on the casts (lead actors) acting, for me especially Lee Sung Min acting is two thumbs up. His many years experience as supporting actor really shaped him into a credible lead actor. Chairman Heo Jae methods/beliefs seems murky, actually 3 of them have the same goal, to prevent nation from crisis. Episode 3, about labor negotiation...it really describe situation nowdays. In Indonesia the laborers keep force the company to increase wages. And it cause foreign investors leave our country, and build factories in vietnam, which the regulations is flexible and not complicated and the laborers not demanding. So what Chairman Heo Jae said is on point: the company survive so the laborers survive, the company survive the nation economy survive.

This drama i believe has gone through some research...some of the scenes accurately describe an economy nowdays...so please watch this drama and give love to the casts acting.

Andy Jan 23 2020 4:06 pm @CKW you dont know about 1 bank can trigger national crisis, well atleast in my country indonesia there 1 bank make the government bailout it for economic stability and it makes many scandals around it maybe this drama are inspired by that event, the similarty were so freaking same

Sabra Amen Jan 22 2020 1:27 am @CKW Actually, if you read the plot, the Jungin Bank owns a third of the government shares. This is different to other countries where banks are in competition. It's assumed Jungin has large market power and so with them going into insolvency, a crisis is inevitable.