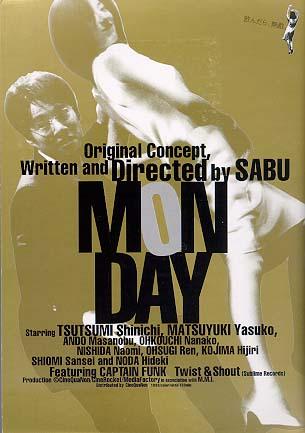 Takagi (Shinichi Tsutsumi) wakes up in a motel room. He's wearing his good suit. He doesn't know where he is, what day it is, or how he wound up there. Then a packet of "purification salt" -- used to rid something of evil spirits -- falls out of his pocket. Memories start flashing back. A funeral. A Yakuza. A meeting with a local mob boss. An incident of violence with a random couple on the street, and then...