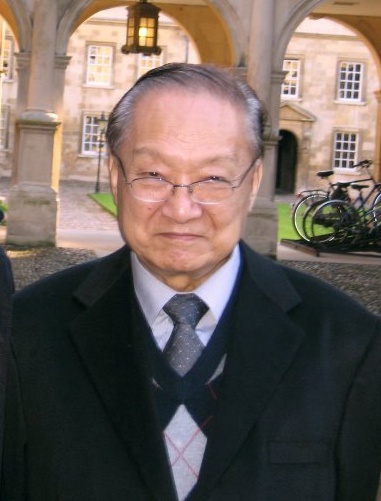 Louis Cha published twelve martial-arts novels between 1955 and 1972 under the penname Jin Yong. The novels first appeared as serials in newspapers and were later published as books, in some cases running to five volumes. Unlike some other writers in the genre, Cha always anchors his fictions in specified historical periods. His novels have been adapted many, many times – as films, as TV serials, as comic-strip graphic novels, and latterly as computer games. The third of them was The Eagle-Shooting Heroes (1957-59), collected in four volumes, which contains the characters Dongxie (Malignant Lord of the East) and Xidu (Malicious Lord of the West). In ASHES OF TIME, Wong Kar Wai has extrapolated these two characters from Cha’s narrative – with one or two others, such as Hong Qi – and has imagined what they might have been like as younger men. Louis Cha was born in 1924 in Zhejiang Province, China. He came to prominence in Hong Kong after the war as the founder and publisher of the Chinese-language newspaper Ming Pao Daily News – still the territory’s most respected and authoritative independent broadsheet. He later also founded and published the Shin Ming Daily News in Singapore. Aside from his fiction under the name Jin Yong, he has written political commentaries, journalism and historical essays; he has also served on various public bodies and played an active role in Hong Kong’s intellectual life. He retired from his publishing empire shortly before Hong Kong reverted to China’s sovereignty.

An exceptionally cultured man, steeped in Chinese history, he is also a scholar of Buddhism. He is Wynflete Fellow of Magdalen College, Oxford, and an Honorary Fellow of St. Antony’s College, Oxford. He holds an honorary degree as Doctor of Social Sciences at the University of Hong Kong, and an honorary degree as Doctor of Literature at the University of British Columbia, Canada. Queen Elizabeth II conferred on him the O.B.E. and France has made him a Chevalier de la Légion d’honneur. Despite these many honors, his fiction still goes unmentioned in most western synoptic accounts of Asian literature. This is partly because English translations have begun to appear only since 1993, and partly, no doubt, because of snobbish prejudices against genre literature. But the ‘Jin Yong’ novels, revered in Chinese communities throughout the world, develop a very ancient Chinese oral and literary tradition. Beyond their value as entertainment, they are refined and sophisticated commentaries on the philosophical traditions of Buddhism and Taoism, and analyses of the on-going struggle for a mature Chinese cultural identity.

Davia May 30 2013 8:26 pm I am only now discovering your work and I am blown away. I wish I had known about you a long time ago but I am looking forward to the journey ahead. Thank you for your beautiful stories!!!