Attack on Titan: End of the World 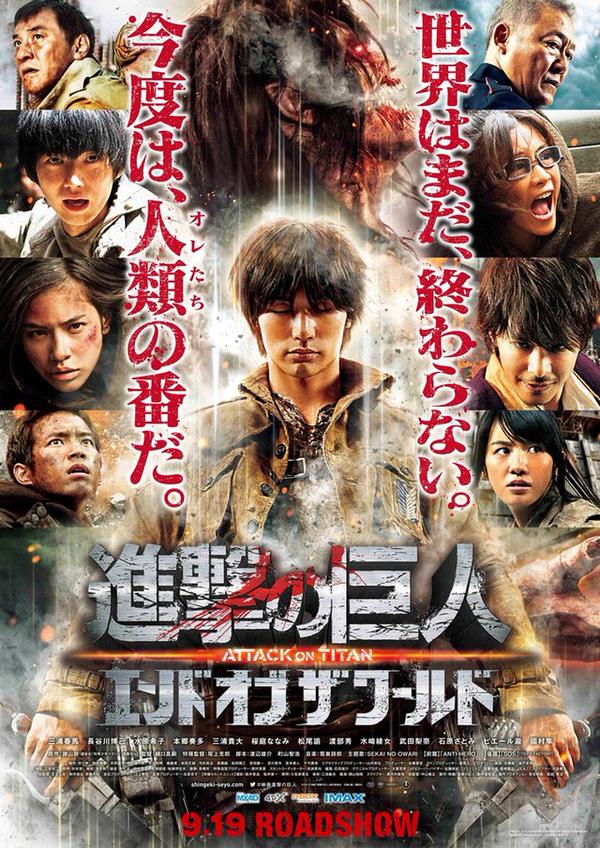 Eren (Haruma Miura) leaves to restore a break in the wall destroyed by a Titan. He comes under attack by the Titans and is cornered. Shikishima (Hiroki Hasegawa) comes to his aid. The titans never stops attacking.

Eren is now injured and tries to protect Armin (Kanata Hongo), but is swallowed by a titan. A Titan with black hair appears and begins to expel the other titans.

LeviIsBae Jul 02 2016 9:13 am i want levi T__T..for those who doesnt understand the story.. i recommend you guys to watch the anime..maybe it can give you some ideas about this movie..

shezzy Mar 28 2016 2:44 pm The film is good and actors are done their part really well But like nianonymous said we also cannot understand these things only. Please director if you note this please explain it to us Im from sri lanka Haruma miura you are great and others too

matryoshka Dec 16 2015 2:53 am why part 2 has a very intermittent, or does it want to describe the eren of life and continue to fight to destroy titan, for terminations only shows the eren lying on the ground

eren's father was the one who created the titans?? but it was said that the titans appeared like 100 years ago...?

and why did shikishima ended helping eren collapsing the wall? I thought he disagreed at first

overall I like it but everything is confusing lol