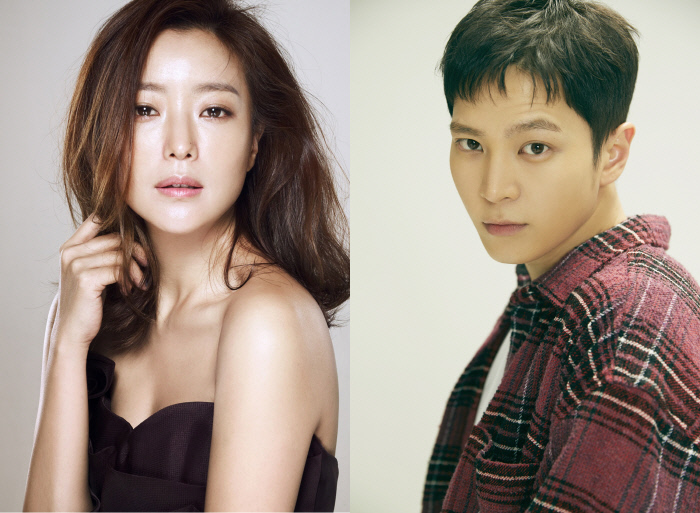 Due to a death, a man and a woman become separated forever, but they meet again like magic.

Park Jin-Gyeom (Joo Won) is a detective, who doesn't show emotions. While investigating a mysterious case, he realizes the existence of time travelers. The time travelers come to the present day from the future through a space called Alice. Park Jin-Gyeom struggles to prevent negative things happening through Alice. During this time, he meets Yoon Tae-Yi (Kim Hee-Seon) again. She died in the past. Park Jin-Gyeom insists that their meeting is a fateful reunion. Yoon Tae-Yi is a genius physicist and she holds a key to time travel. While they unravel the secret of time travel together, she realizes a secret behind her.

Mel Jan 03 2020 10:50 pm Finally JooWon is back! This comeback drama looks so interesting! Gonna warch it for sure?

NoonaPrincess Dec 27 2019 2:12 am Looks like another Noona Romance in the making. Doubt the chemistry will be as great as Kim Hee Sun had with Lee Min Ho in Faith but I'll wait and see. :)

Tina#Tz Nov 17 2019 4:38 am I feel like it has been a decade waiting for you... Welcome back Joowonah. Lots of support darln, all the way from Africa

LKB Nov 16 2019 5:49 am So... The Girl Who Sees Smells, Reunited Worlds (Into the World Again), and this among possible others... conclusion: this director really likes his fantasy, time travel, and whatnot and is really trying to warm South Korea to it with lots of popular stars even though they rarely get great local reception. Go big or go home, though-he's here again. I hope it works this time. I really liked Tomorrow with You (the subway that let the lead travel to his future place, bring stuff back to the current day, and make money forecasting what would happen because he'd seen it happen and who got into some trouble because of his fancy future shoe "prototypes" and "in development" ramen his mother in law happened to fall madly in love with, whoops)... This would be great to put on Netflix, hint hint. Your foreign audiences are quite receptive to this and Netflix has the $ to make it beautiful like they have with My Country, Vagabond, etc.

I adore Kim Hee Sun. She's enigmatic to try keeping it to a single word description. I love that she's playing the genius physicist.