Difference between revisions of "100 Yen Love" 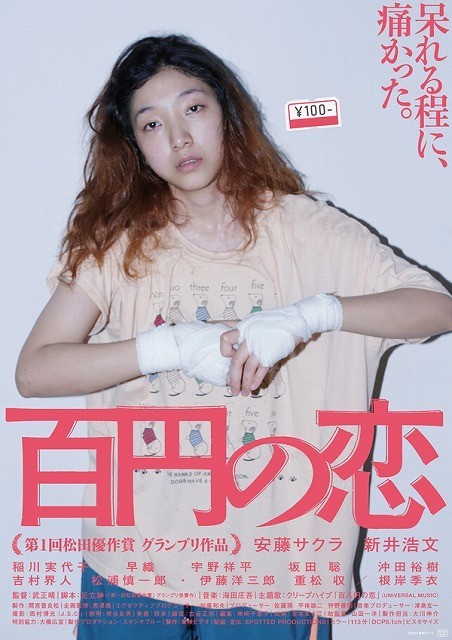 Ichiko (Sakura Ando) lives at her parents' home. She rarely hangs out with other people. Things change when her younger sister divorces and moves back with her child. Ichiko and her sister's relationship goes bad, causing Ichiko to move out and live alone. What brings happiness to Ichiko is to watch a middle-aged boxer (Hirofumi Arai) practice at a boxing gym. The boxing gym is located between the 100 yen shop where she works and her home.

One day, Ichiko and the middle-aged boxer meet and they begin to live together.