You Call It Passion 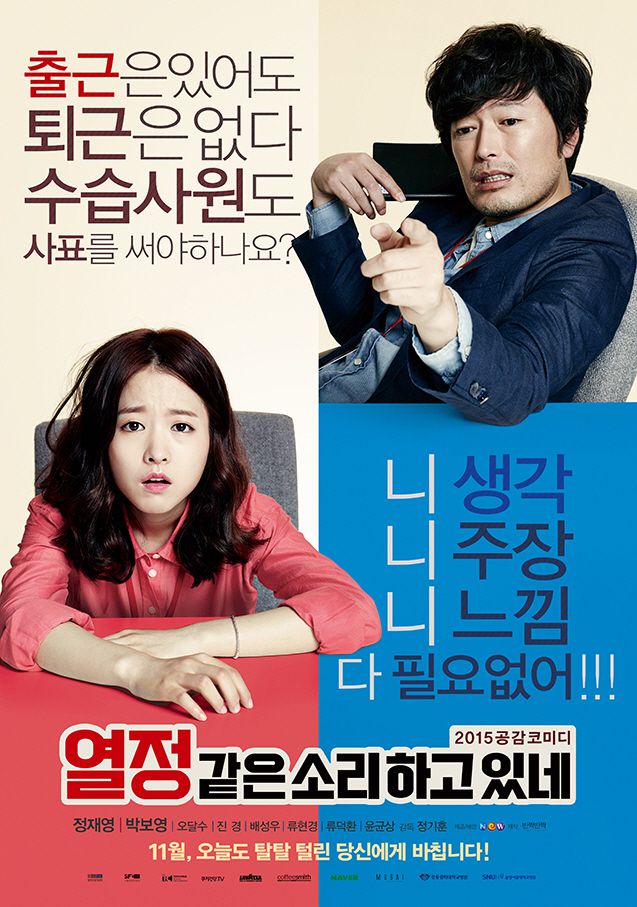 Ra-Hee (Park Bo-Young) applied for jobs at numerous companies, but failed to find work. She finally lands a job at a sports newspaper. She begins to work as a reporter in the entertainment division. Soon, she find herself surrounded by chaos. Wulan May 26 2016 2:38 am Just watched the movie last night. As expected, Park Boyoung-eonni never disappoint me. The story simple, yet fun to watch because I get so many things about work life. also, it shows us the reality of entertainment industry. Good job, Boyoung-eonni :) I enjoy the movie (y)

jungle_fish May 22 2016 6:17 am The story is very simple, but Lee bo young and Jung jae young there make the movie interesting

Tommytom Dec 07 2015 12:45 pm Bo-Younggie has been on a roll! 3 movies and 1 drama in 2015. Besides other things like CFs and modelling, she must have been working non-stop. So much strength in such small (and extremely cute) body! Park Bo Young is the best!